We woke early to a beautiful sunrise and morning views of Mt Shasta. 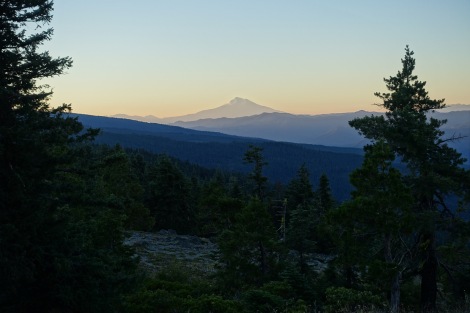 As we were packing up, KC told me how she heard a very loud animal running fast right past us in the middle of the night… She was surprised that I hadn’t heard it, so am I.., I thought I was a light sleeper! Consequently KC didn’t sleep so well whereas I slept like a baby.

We left just after 6am and started with a bit of a climb. Today was going to be a big day – we would be leaving California and entering Oregon and would have less than 1000 miles to go!!!

There were lots of animal prints that we didn’t recognise in the morning:

KC was ahead of me and sat down to wait just before the border. I played Pharrell William’s ‘Happy’ as we crossed together from California into Oregon and we both jumped up and down with joy!!!

We sat at the border with another hiker called Chicken Fat, ate lunch and read everyone’s entries in the PCT register. It felt so good to finally be in Oregon… California was long! 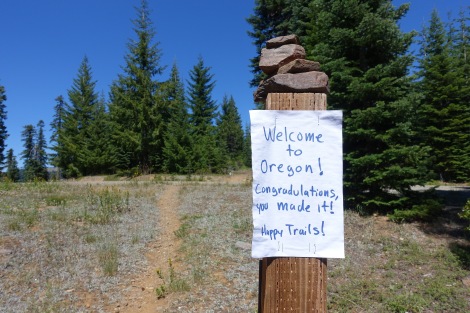 I’m not sure how it happened because I was walking right behind KC when it did but a bug flew into my mouth, hit my tonsil and I swallowed it. It made me choke as soon as it hit my tonsil and for a few moments I couldn’t walk because I was coughing so much… But the good news is that I coughed it up and KC saw it when it was on the tip of my tongue and told me it was a massive big black fly, gross! I started gulping down everything I had to try and get rid of the fly germs on the end of my tongue!

We found out that the Smiths and  Shepherd were going to be leaving Ashland tomorrow morning, earlier than we expected so we decided to try and push for a big day to get to Ashland in time to catch up with them.

We stopped for dinner around 8pm and ate it next to where Roadwalker was camped. We then continued on in the dark with our headlamps lighting the way, luckily the trail wasn’t very rocky. There was almost a full moon and only a couple of scary moments when I mistook a twig for a snake (and screamed) and a giant bug flew into the side of my head (and I screamed). 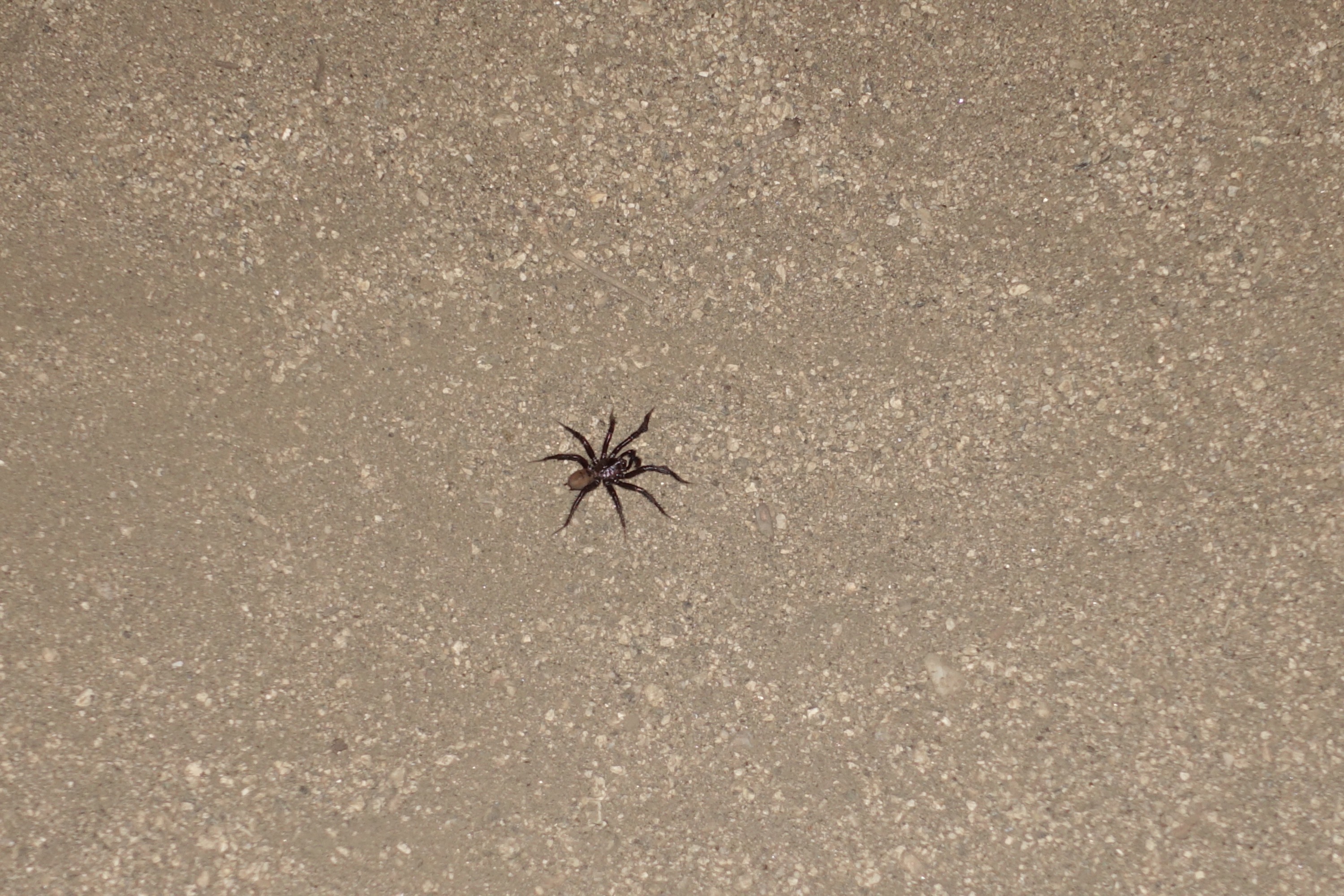 Things you see at night time! 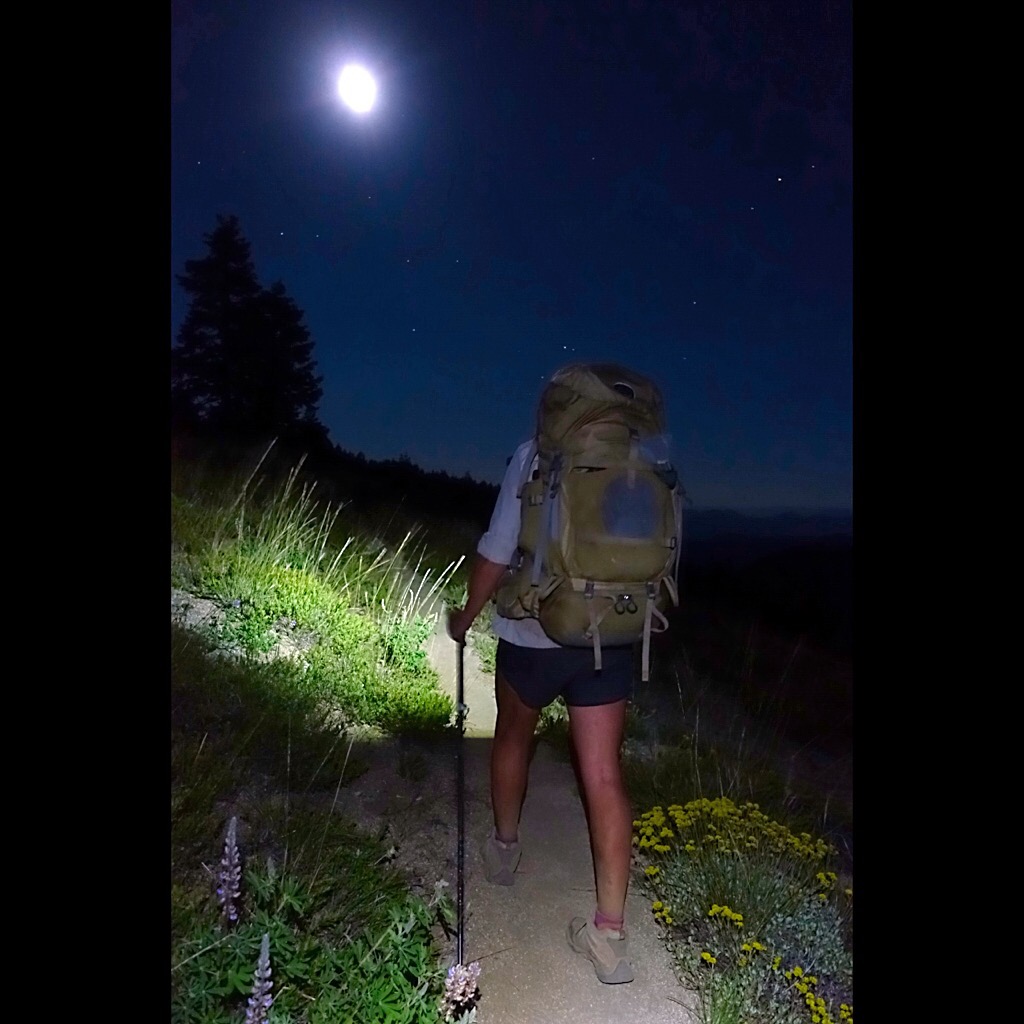 We arrived at a campsite at 10pm after a 32 mile day (we took lots of long leisurely breaks today!) There was only room for 1 tent so I unhooked the netting in my tent and just set up the tarp for us both to cowboy camp under. 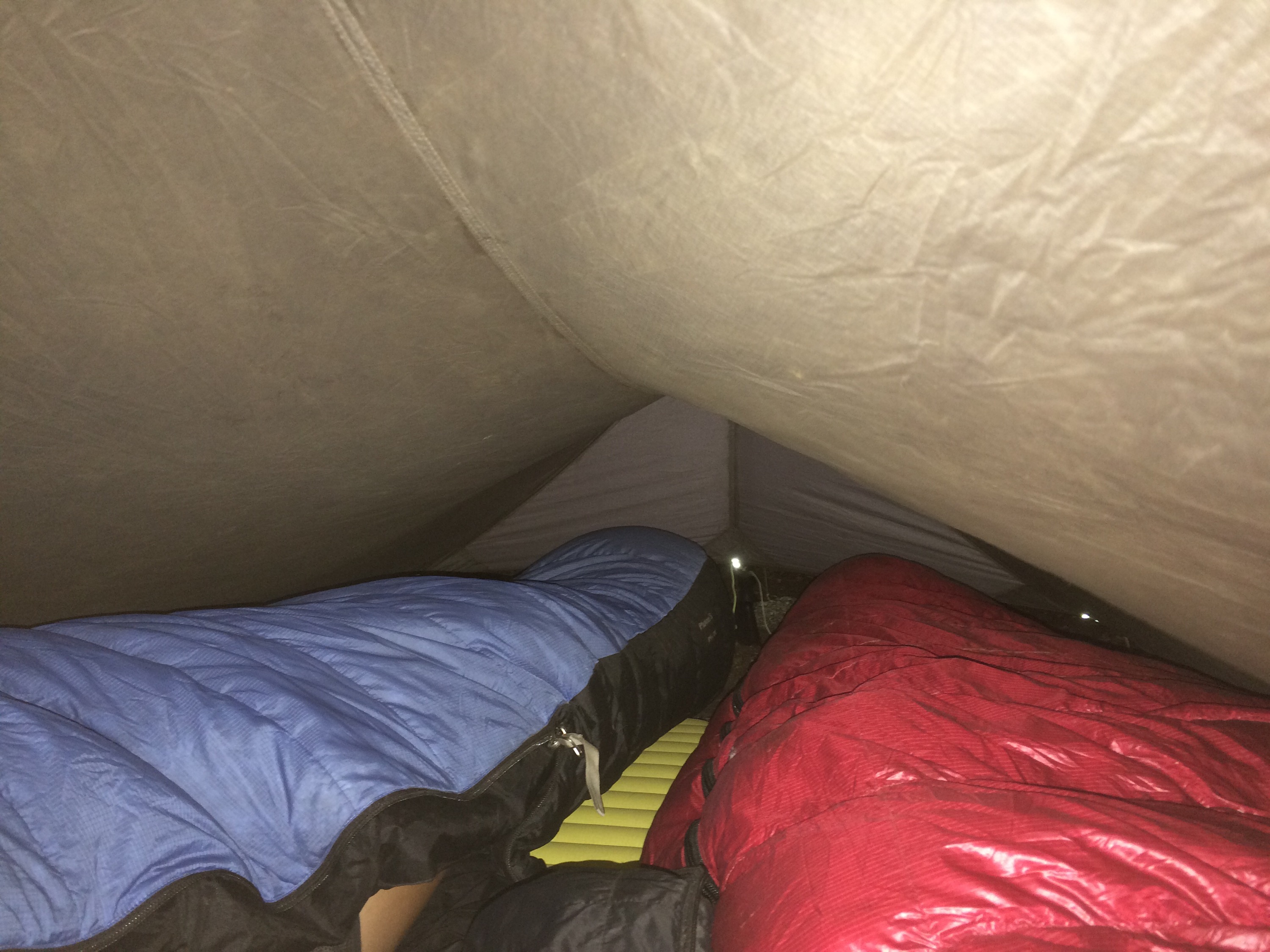