I woke in the night with a nightmare about a mountain lion attacking me in my tent… Other than that I slept really well. I was up at 6:15am and another hiker passed me while I was packing up – Elkwalker – he’s been walking the pct over 5 years and he’s now on the last section.

Stunning scenery all day and such a mix of terrain that I was walking over and through. 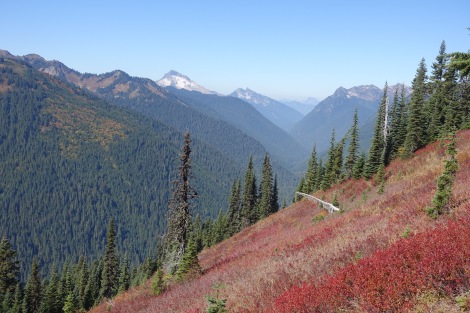 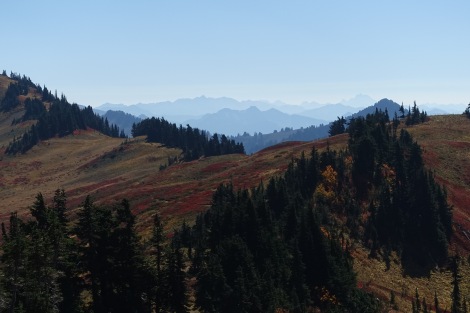 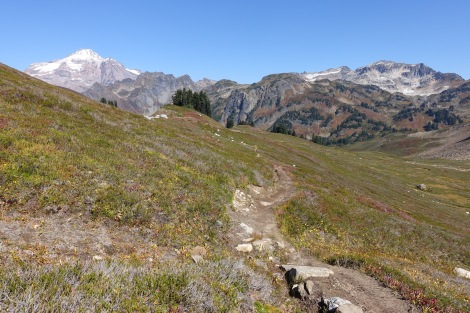 Enchanted Rainforest full of moss and mushrooms. From here the trail was a bit of a mess with fallen down trees and overgrown bushes, heaps of rivers to ford, one across a broken bridge, very scary! 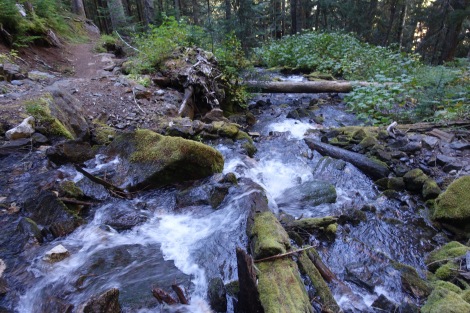 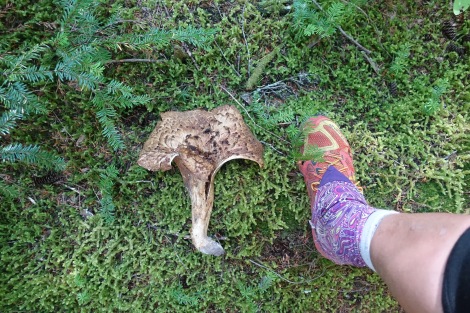 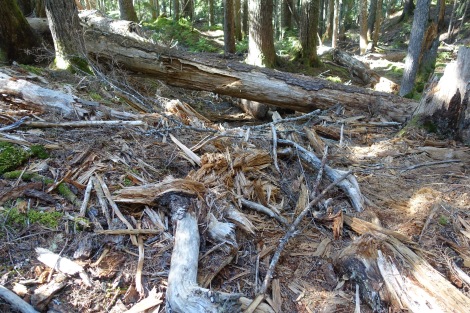 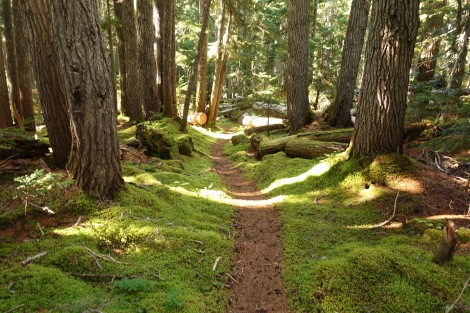 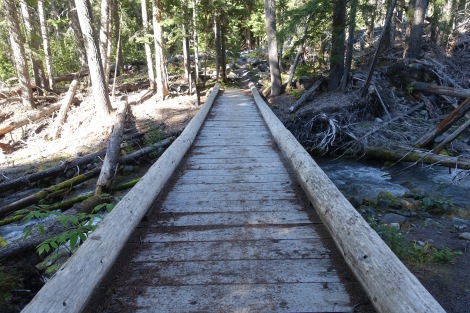 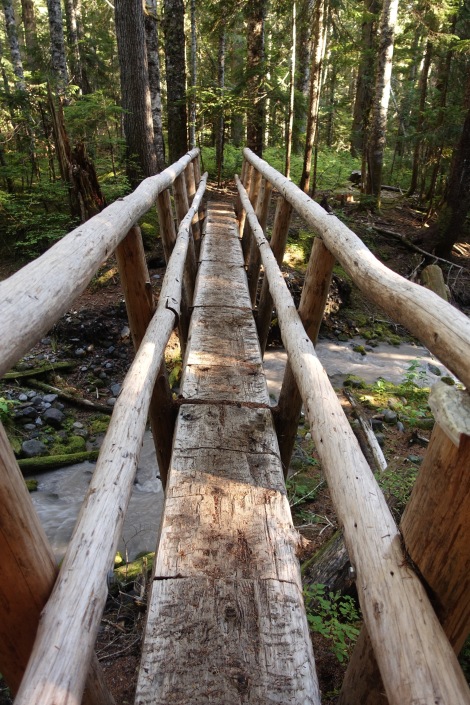 I didn’t see any thruhikers all day other than Elkwalker in the morning. I knew Teflon, Blazing Star, Milkshake and Sticky Buns were ahead of me but wasn’t sure if I would ever see them. It’s weird out here hiking alone, camping alone and not seeing any other hikers all day, where is everyone? Until now on the entire PCT I’ve always been surrounded by people!

Just after the last ford across the broken bridge, I came up behind Teflon… I really didn’t think I would catch up. We chatted and walked together a while but I had to keep going as there was no mention of a campsite for another 4 miles and it was getting late. Teflon was going to stop when she found a small piece of flat ground and it’s easier to do this as one person with one tent but not two. I hope I see her again in this section, if not I’ll see her in Stehekin. My hurry is that I’m trying to beat the bad weather that’s forecast, this trail is scary enough in bright blue sunshine (and I’ve already fallen once), I don’t want to see what it’s like in the rain!

I passed Elkwater again and he mentioned a small campsite at Fire creek 0.7 miles before the site I was heading to. I hadn’t realised this one was there but it sounded great as it was still going to be dark when I arrived. I filled up with water at a stream before fire creek just in case it was silty like all the other glacier creeks I’d crossed today. Elkwater and I set up camp and chatted while we ate dinner. He’s got some crazy big mile days to do in order to meet his wife at the monument so I don’t think I’ll meet him again but it was nice to have his company tonight. 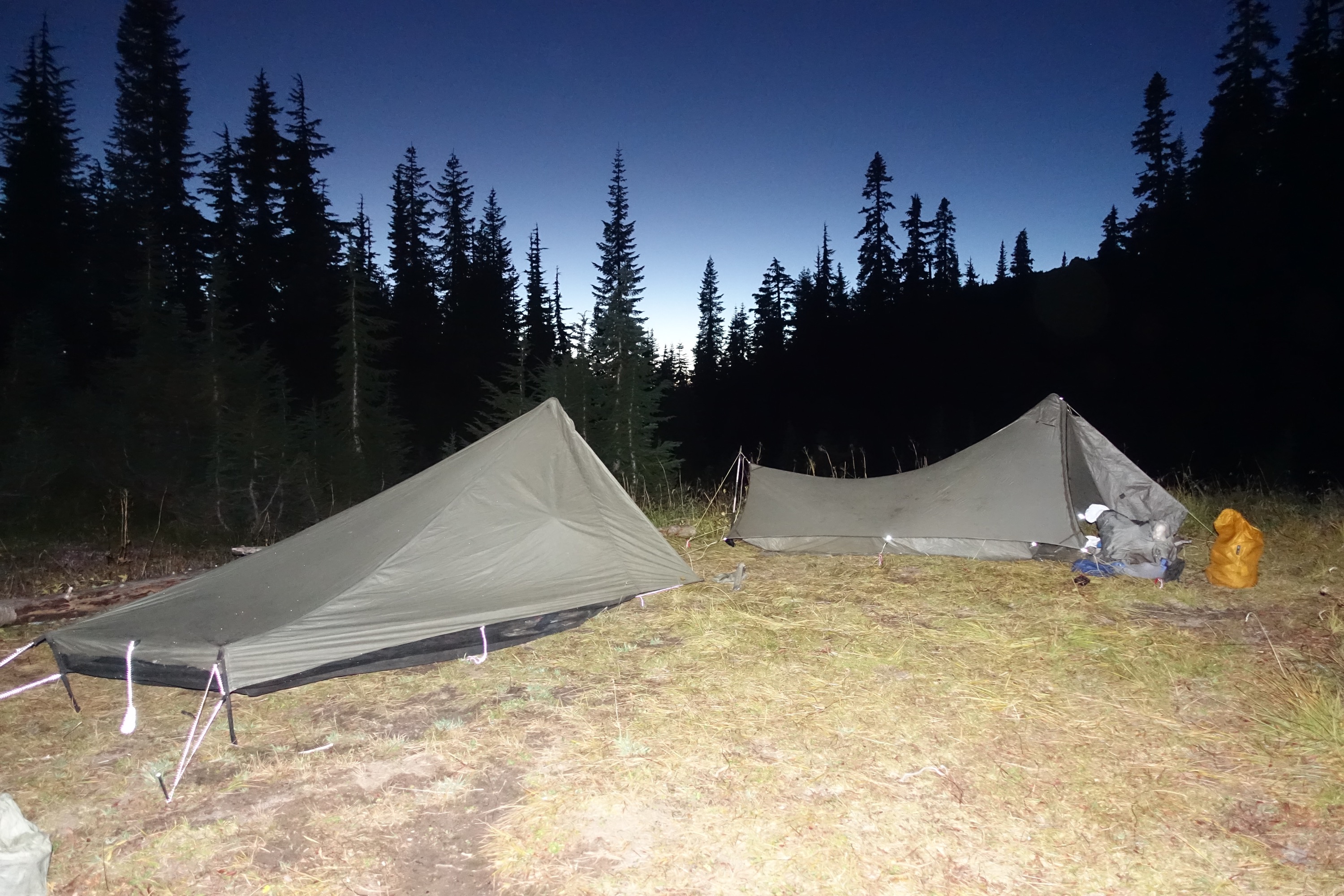 My tent on the right, Elkwater’s on the left