Because I could only book one night here at Rengejo-in (it’s fully booked for the rest of the week), last night before bed I started calling the other 51 temples with lodging. The Japanese map lists the names and telephone numbers (the English map doesn’t list the phone numbers), so I started from temple #52, working backwards, and after 9 phone calls and fully-booked temples I got through to Jizo-in and was able to book the next 2 nights. So after the shojin-ryori (Buddhist vegetarian) breakfast this morning, I packed up and moved over to Jizo-in temple, via the tourist office to pick up an excellent map of the Choishimichi.

I walked the Choishimichi four years ago at the end of the Shikoku pilgrimage, (click here for that post), but I was interested to walk it in reverse from here in Koyasan downhill to Kudoyama. As I mentioned in that original post from 4 years ago, the Choishimichi is included in the Unesco World Heritage listing. This path is said to be the original path that Kobo Daishi himself built from the base of Mt Koya to the top (where he had established a training ground of the Shingon sect of Buddhism) and he marked the way with wooden markers. During the Kamakura period (1185-1333), the old wooden stupas were replaced with 180 stone markers spaced 109m apart. The name choishimichi means stone marker path.

I re-read my previous blog post before starting today and I originally wrote that it was quite the Henro-korogashi (pilgrim fall down) path, but actually today it felt like a terrific trail! For the most part it was wide, obstacle-free and very scenic. I was definitely going against the tide and passed many groups all climbing up the mountain. I also passed the same bear warning signs from 4 years ago and while I didn’t see a bear, I did see a suzumebachi vesper wasp which I heard before I saw, they’re enormous, and dangerous.  I would highly recommend this trail as a way to enter or leave Koyasan, or even just as a day walk and then return to Koyasan as I did, it’s a lovely day out on a 1200+ year old trail. 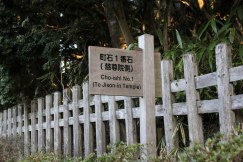 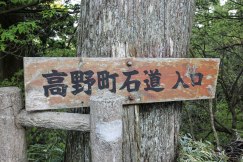 The entrance to the Choishimichi trail in Koyasan 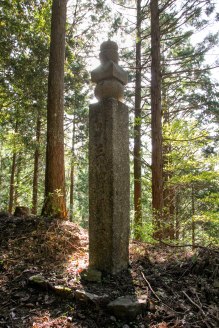 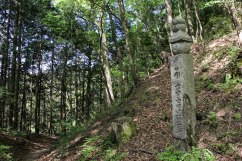 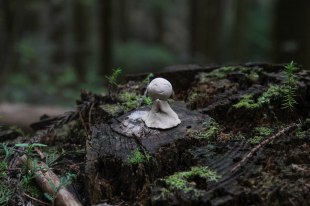 Orchards near the bottom of the Choishimichi trail 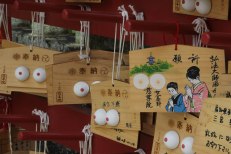 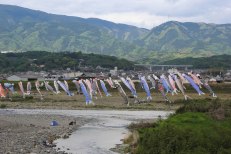 I thought that if I had time, I would walk back up the Choishimichi to Koyasan but just as I was visiting Jison-in temple, dark clouds appeared and there was a sudden downpour.  I took this as a perfect sign to go with the other option and walk to Kudoyama station instead, then take the train to Gokurakubashi (27 minutes and ¥330), then the cable car up to Mt Koya (5 minutes and ¥390) and the bus back to my temple accommodation (you’re not allowed to walk along this bus-only road, ~10 minutes and ¥330).

Tonight’s dinner of shojin-ryori at Jizo-in temple was even more impressive than last night’s and as I was famished, it went down a treat, as did the soak in their large bath. 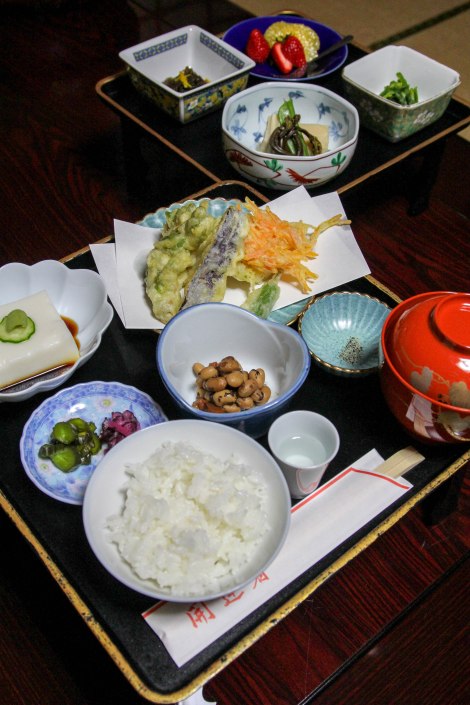