Elkwalker was up early and gone by 6am. It was still dark, cold and windy so I didn’t make it out until 8am. The sky was grey and gloomy but I left my pack rain cover off hoping it wouldn’t rain.

The first climb was cool and windy and provided views of glaciers and the beautiful Mica lake. I would’ve loved to have camped at the lake last night but I’m so glad I didn’t hike in the dark to get here! Then down and across streams, over, under and around fallen down logs, steep detours around landslides, then a nice little 2600 foot climb doing the same thing but with overgrown bushes slapping me in the face and providing lots of opportunities to trip on tree routes that I couldn’t see because I couldn’t see my feet through the bushes. Beautiful scenery but it was tough going. 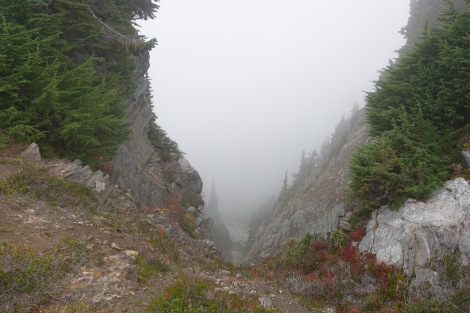 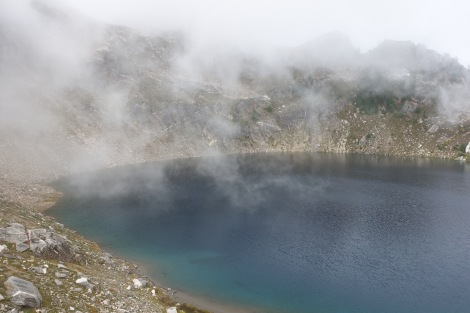 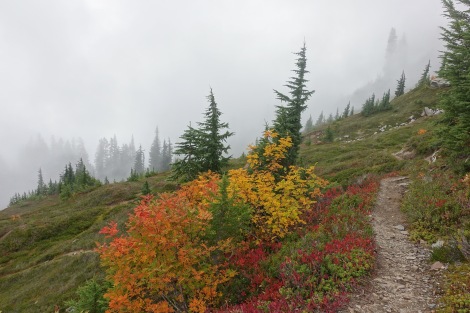 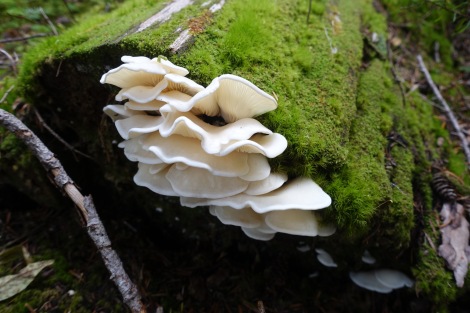 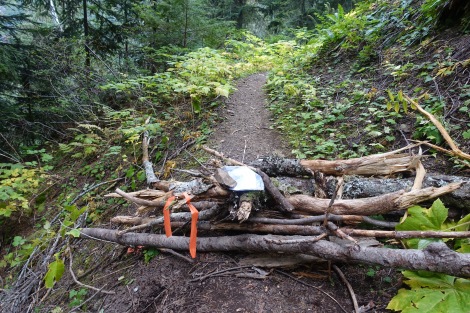 Slide down here instead 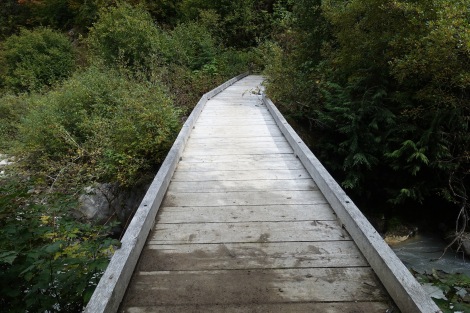 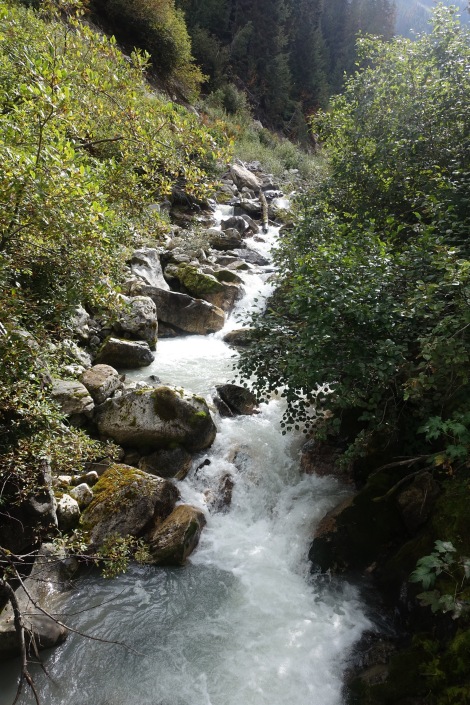 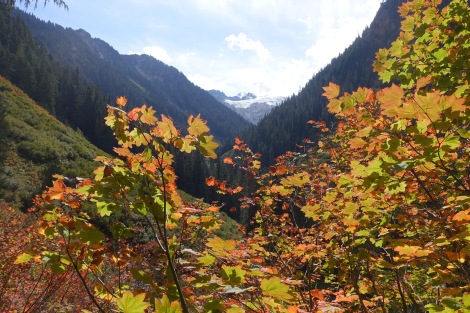 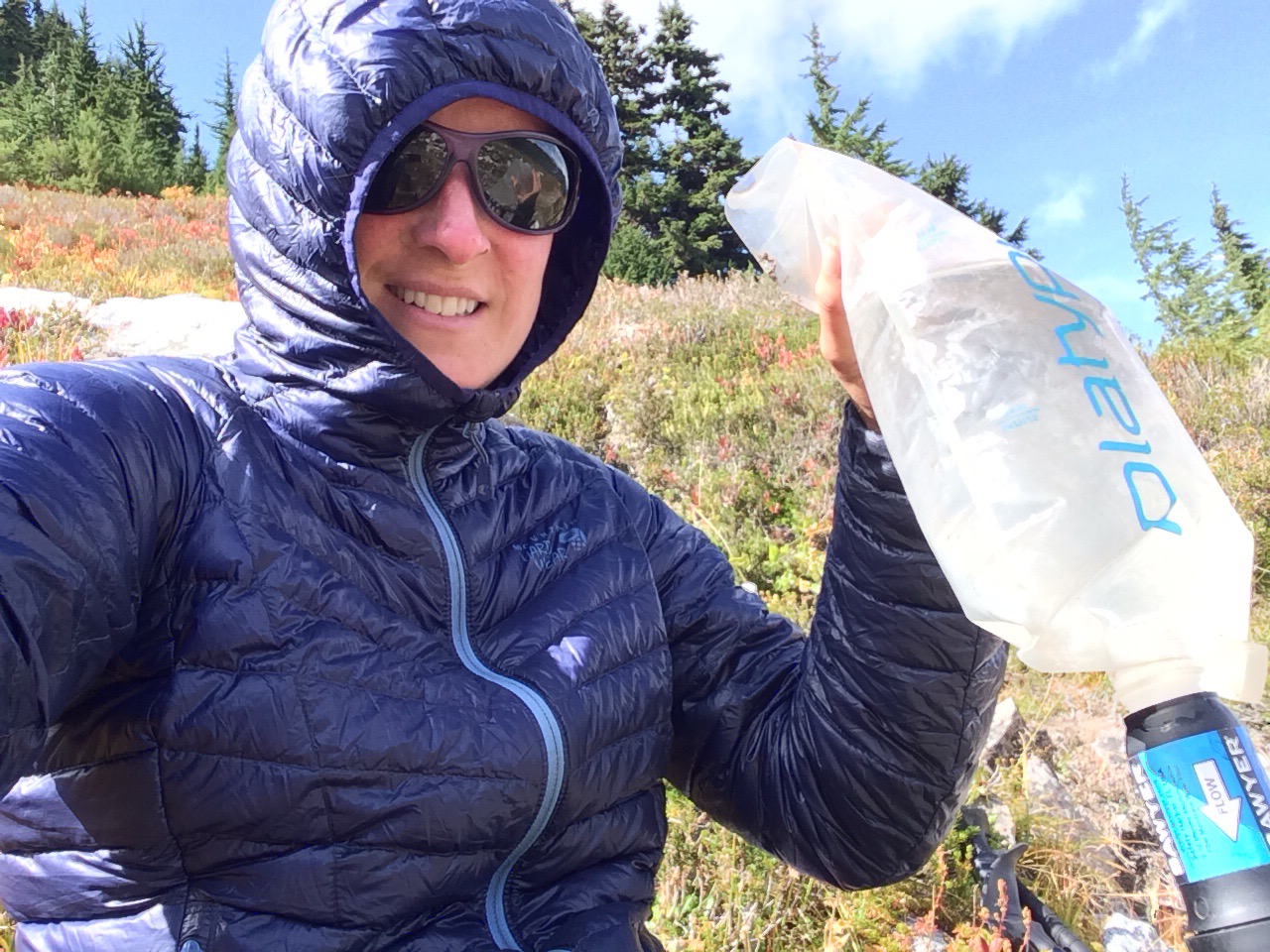 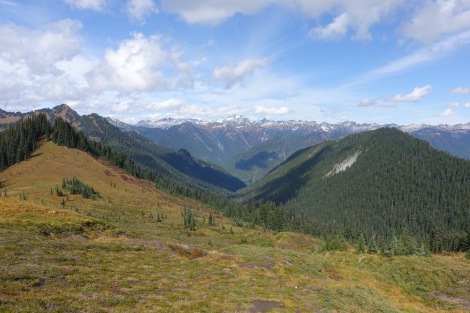 Oh switchbacks how I won’t miss you!

I had lunch on top by a stream but couldn’t stay long because the wind was chilling me to the bone. Again the views were stunning. The 9 miles of down really tried to break me and I had a few angry and frustrated moments. I kept tripping on tree routes (in the overgrown bushy areas), I had to climb over, under and around heaps more huge fallen down trees and I’m so thankful to have survived each one as it definitely could’ve ended with broken limbs and then I finally did fall on loose rock and before I knew  it, I came crashing down on my right side, once again landing on my phone but this time also my right arm and leg… Ouch! I had to sit for a minute and make sure no limbs were bent or crooked, then I got up, brushed myself down and cursed even more at myself for falling down. Today was starting to suck really bad. 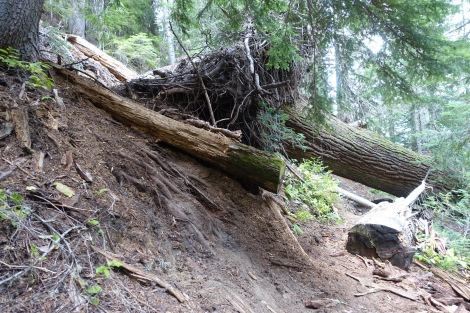 Crawling under a tree

The last 2 miles of this descent the ground levelled out, the trail became wider and obstacle-free and I had to check if I was still on the PCT. I was, but this was obviously a very well used trail and then I looked around and realised I was walking through an ancient tree grove with the biggest trees I’ve ever seen (the 2 miles before the trail crosses the Suiattle river on the lovely long bridge). 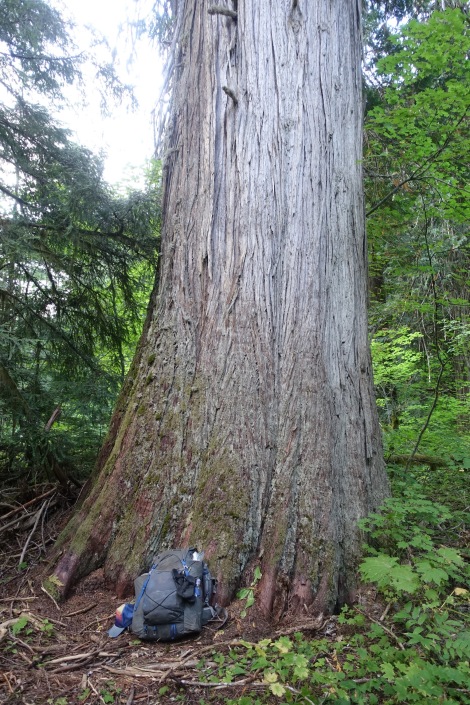 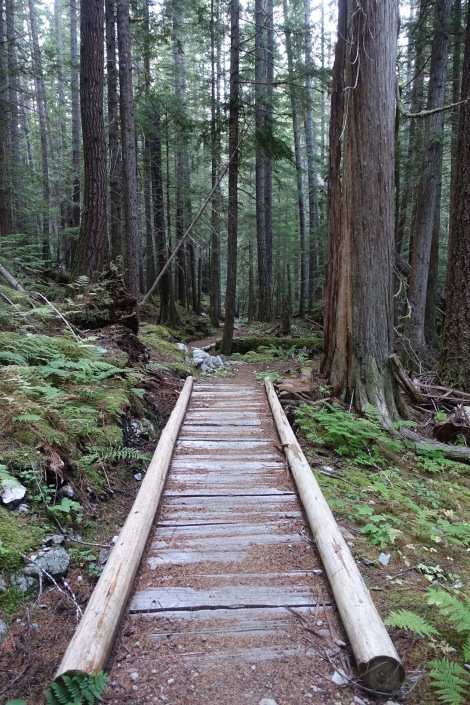 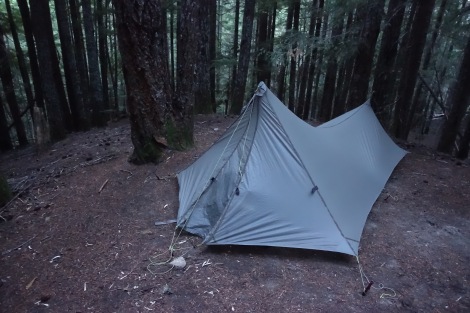 So the trail was heaven to walk along the last 2 miles before the bridge and until my campsite here, 2.6 miles after the bridge… I wonder if it will be like this all the way to Stehekin now? 🙂

I found a campsite around 7:20pm and there was one other tent set up with someone in it. There was a fire ring which I carried my food over to and when I started to cook dinner, the man from the tent came out and introduced himself as Icy Hot, he’s walked about half of the trail this year in different sections. We chatted while I ate and it was again lovely to have the company at camp.

Today got me thinking about the last 5 months on the PCT. Even though I came alone and was generally walking “alone,” I’ve been with a group of people almost all the way. In the desert I only camped alone a couple of times and it was usually impossible to camp alone because there were so many people. In the Sierras I became a group of 7 and even if we didn’t hike together during the day, we knew where we were camping at the end of each day to meet up. And then I hiked with KC for just over 900 miles. I guess I came here to see if I could get over my fear of everything and maybe I haven’t because I’ve always had a support group around me… Maybe this is why I have to do this last (ridiculously hard and dangerous) part by myself?? … Maybe I will realise that I’m strong enough, or maybe the opposite will happen and it will send me over the edge and straight to the loony bin… All I know right now is that if I survive to Stehekin I’m going straight to a bar and celebrating life with a glass of champagne (or beer, whatever they have), because Stevens Pass to Stehekin has been the toughest section of the entire PCT for me and I’ve done it alone.