Today was my longest day yet!

I was awake early so I got up to see the sunrise and while waiting, I met Miko and Kanji who are travelling around Japan in their camper van. We got talking and after watching the sunrise they invited me into their van for coffee – I’ll never say no to coffee! They’re from Hokkaido and told me to get in contact when I get there. It seems like such a long way off but I’m determined to get there! 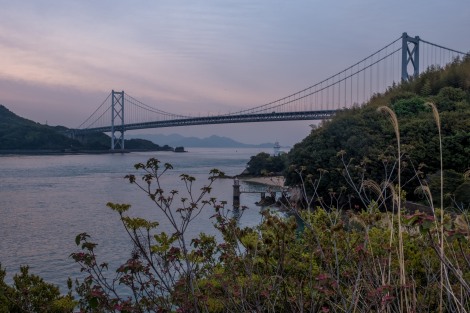 Miko and Kanji in their camper van on Innoshima Island

I said goodbye to Michael from Ireland and started a little later than I was originally intending to knowing today would be a long day. I’m much better with having a destination in mind and today I had a warm showers host waiting for me in Okayama 🙂

It was overcast in the morning which made me even more grateful for such a gloriously sunny day yesterday while riding the majority of the Shimanami Kaido cycle path. After crossing to the last island I passed a couple going the opposite way who were also cycle touring and I recognised them from their blog. They were Sue and John. I turned around and cycled after them because I wanted to say thanks to Sue for the blog as it had really helped me out and also made me get Komoot which I’m throughly enjoying! We had a good chat on the side of the road, they’re planning to get up to Hokkaido as well and are flying out just a couple of days before me so maybe we’ll bump into each other again. 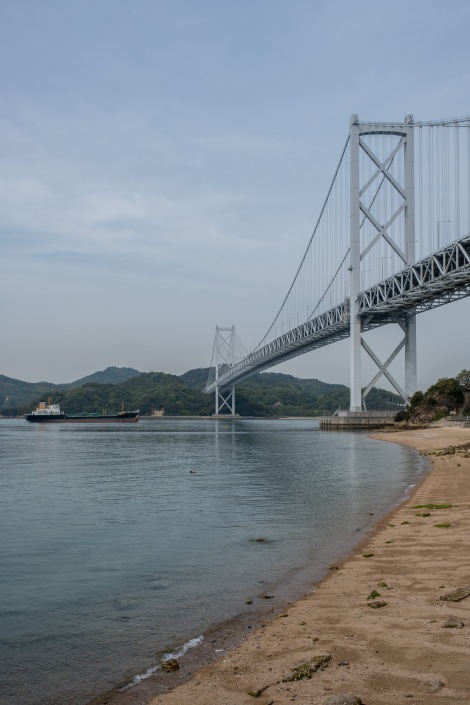 To get off the last island there is a ferry for cyclists but Komoot was trying to get me to take the road route (which I’m pretty sure cyclists aren’t allowed on) so after missing a turn to the ferry terminal I backtracked a bit. The ferry cost ¥110 and took about 5 minutes to cross to Onomichi on Honshu. 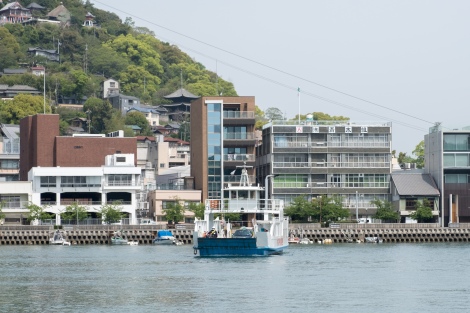 I followed the coast then highway then small back streets and found myself cycling past Fukuyama castle so I went for a quick visit. The rain started at about 3:30pm just as I was hitting the hills. 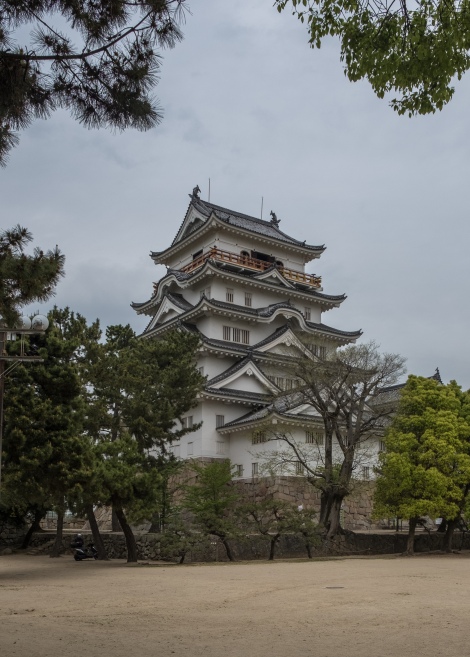 I passed a pond and saw this beaver-type animal. Apparently it’s called a Nutoria which doesn’t sound Japanese and is also written in Katakana so I’m guessing it’s not a native animal but I don’t know much about it.. although it was fun to watch!

A ‘nutoria’ in a pond in Okayama prefecture 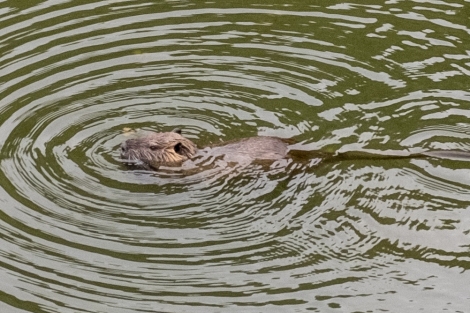 Falling down houses in the countryside of Japan

Senri came to meet me at a nearby supermarket and told me she had cooked stew for dinner for us, so I bought some snacks and plum wine and we had a great evening in her flat. She’s a medical student and her English was terrific. We chatted late into the night, thanks so much Senri for letting me stay! 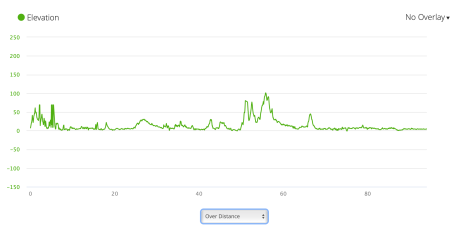