The rain had stopped so I decided it was time to move on. My original plan was to continue down the coast, but I’d had enough of the arctic winds, so I decided to head inland today on Route 239 instead. 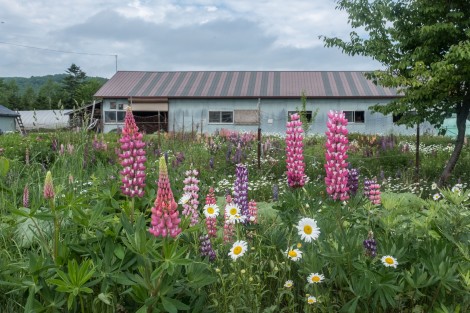 Heading inland felt great, as did the temperature and I was warm for the first time in days. I enjoyed passing the farmland and small towns. 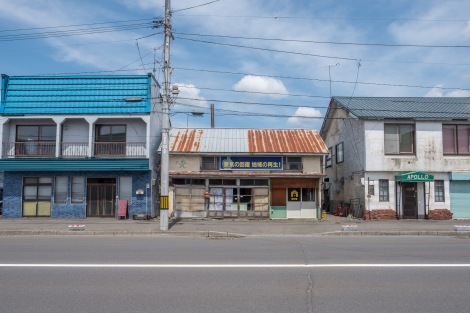 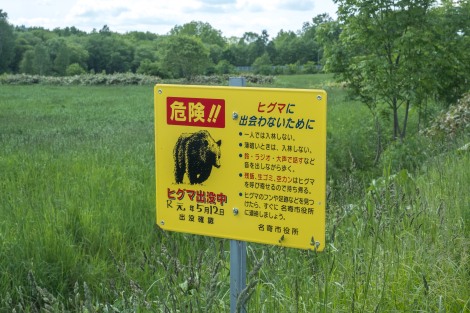 According to this sign, a bear was last sighted here on the 12th May 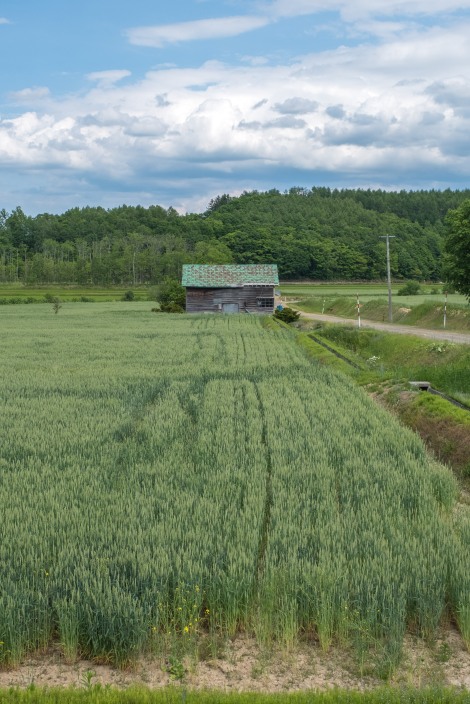 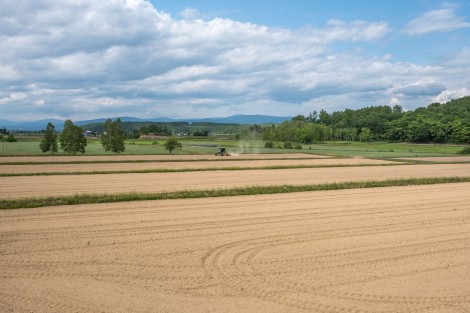 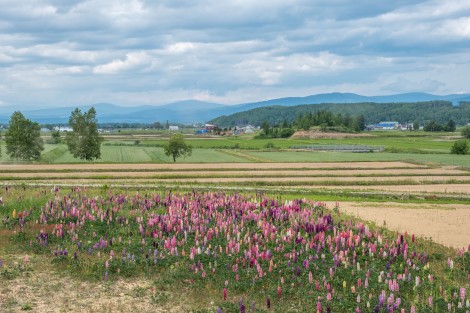 At Shibetsu, I turned onto Route 40 and followed this the rest of the way to Pippu. 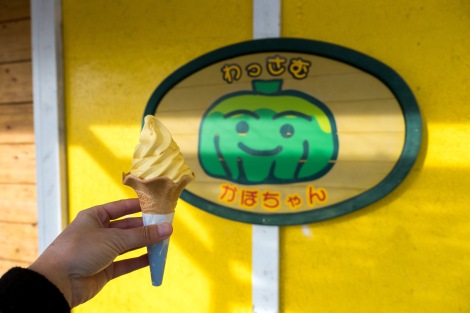 A pumpkin icecream from ‘Kabochan’ 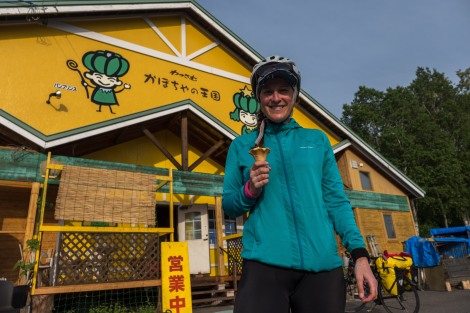 The friendly owner grabbed my camera and took this pic!

I had called ahead the Rider’s House in Pippu called ‘Bunbun House,’ and was told it was fine to arrive up until 7pm and that I could stay for a maximum of three nights. The man on the phone told me there was a registration form and a box for the ¥300 fee inside the building. There was no-one else when I arrived, so I dropped off my bags in the women’s room, and decided to head to a nearby supermarket to buy dinner. I always check my phone on the off-chance there’s wifi and I couldn’t quite believe it when my phone connected. Now I never want to leave! This place has a separate men’s and women’s tatami room for sleeping, showers, electricity and a laundry, as well as wifi! That ticks every box!

Just as I was about to head to the supermarket, I noticed two women standing on the other side of the road and they said hi. I rode over to them and we had a quick chat. They were relieved I knew how to use the rider’s house and that they didn’t have to struggle to explain it to me in English 🙂 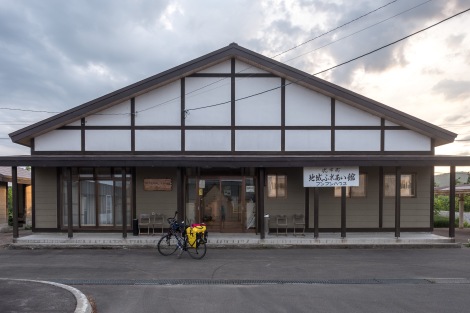 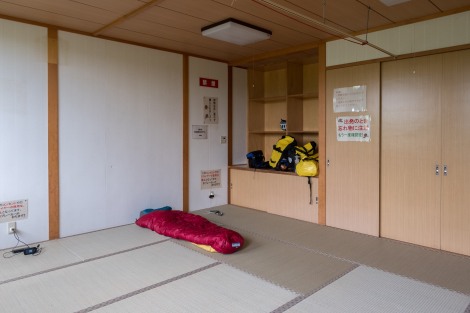 The women’s tatami room at Bunbun Riders House in Pippu 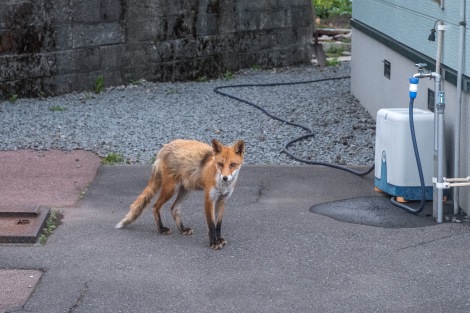 When I came back from the supermarket, the daughter, Kazumi, came over and invited me to their house for dinner. I was delighted to accept and took the dinner I had bought from the supermarket. I had a great night eating shabu shabu, drinking local craft beers and getting to know them both. Nanami, the mum, runs a cafe opposite the Rider’s House called Calmiss Cafe which I’ll probably visit tomorrow for lunch – I’m thinking of staying another day at the Rider’s House as the weather seems to be turning worse again tomorrow and I’m ahead of schedule. When I was leaving, Nanami gave me a slice of lemon cake to take with me for breakfast… and it’s taking all my restraint to not eat it now! 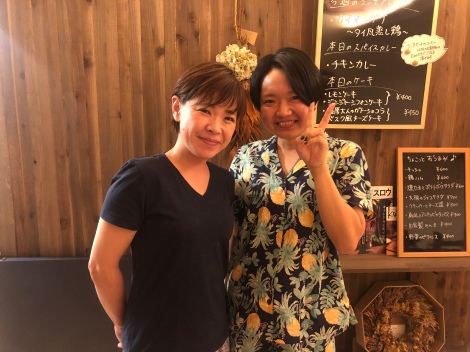 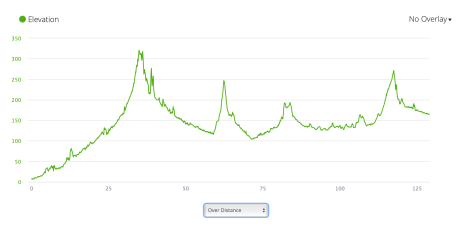 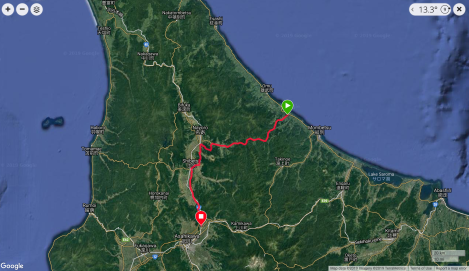 I think this is the second time I’ve slept on a tatami mat with my Thermarest Neoair sleeping pad and I’m not sure what it is about the combination, but the mat squeaks like crazy on it. In the middle of the night, I got up and put my fleece liner down under the mat to see if this would improve the situation, which it did slightly.

You can stay at this Rider’s House for up to three nights, but you need to leave each day between 10am and 4pm for the cleaners. It was raining outside, so I left my bike on the verandah under the decking with my panniers and headed to the station next door to while away the time. The lemon cake which I’d been given last night went down a treat with a hot vending machine coffee for breakfast 🙂 At lunchtime I headed over to Calmiss Cafe for a delicious curry lunch and quality time with the cafe’s cat. 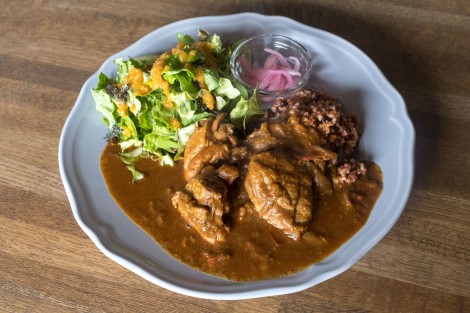 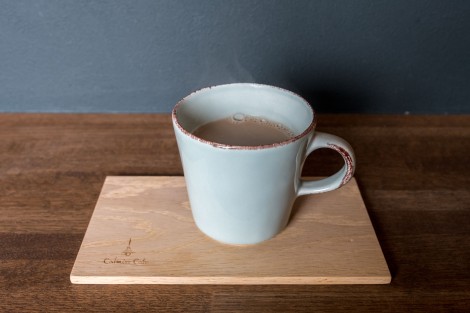 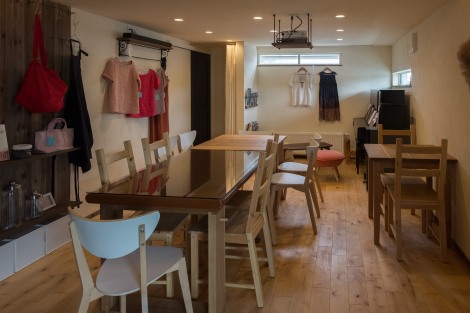 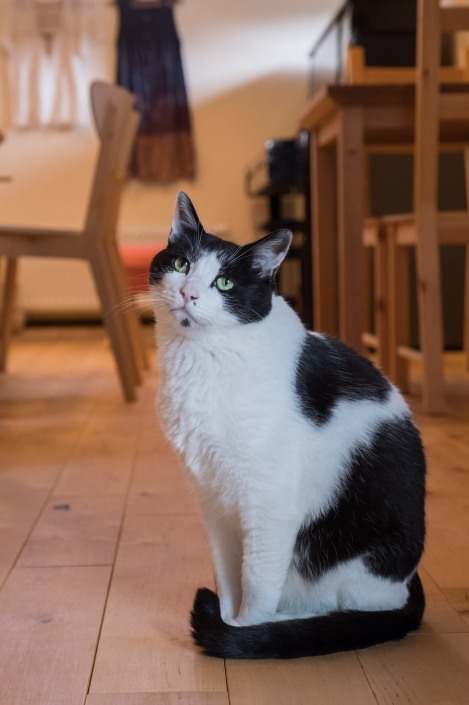 In the afternoon, a motorbike tourer turned up, a guy from Aomori. We chatted over dinner in the rider’s house and I had an early night, hoping to see the sun again tomorrow!