The only English guidebook  available (Shikoku Japan 88 Route Guide by Buyodo Co. Ltd) doesn’t have a section on the flora and fauna, but there are certainly enough warning signs along the walk (in Japanese – please see my post on translating signs) to warrant mentioning the following… Whilst I’m not trying to scare anyone, if you can’t read Japanese to read the signs, it would be helpful to recognize whether what you’re standing on/next to/in front of is dangerous or not.

For those who would prefer not to see pictures of snakes and other deadly creatures, I’ll start with the cuddly and nice fauna: 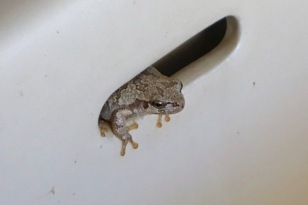 A frog in a sink 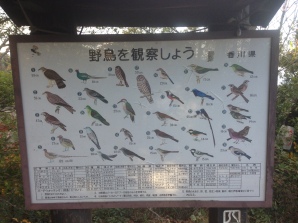 ‘Kawasemi’ (kingfisher), on the way to Temple 83

Not sure what this bird is? 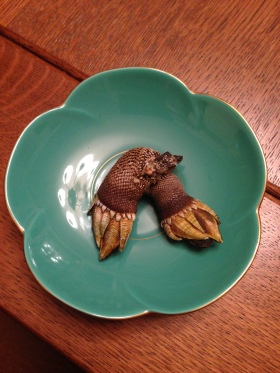 Barnacles picked off the rocks in Imabari, then boiled and eaten 🙂

Ok, now onto the not-so-cuddly fauna of Shikoku that you may encounter on your walk…

‘Kono hen hebi ni chu-ii’ – warning there are snakes in this area. (hiragana and kanji)

‘Kono hen hebi ni chu-ii’ – warning there are snakes in this area. (hiragana and kanji) 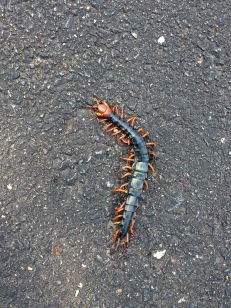 Mukade – Japanese centipede (what it looks like at night)

(Warning, wild boars are often seen in this area at night-time, please be careful) 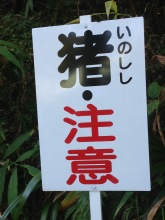 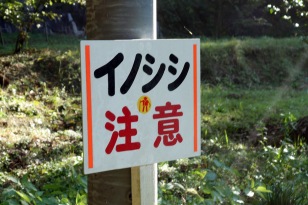 Tell-tale signs of a wild boar, the upturned soil 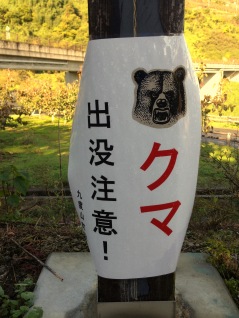 I also came across the following snakes, centipedes and spiders, I’m not sure if these snakes are dangerous or not…

The snake I almost stepped on!

The snake that didn’t want to slither away!

And now onto the flora. I was surprised to see that I didn’t have many pictures of the flora, considering I took more than 4500 pictures on the walk, and this got me thinking why? The first couple of weeks I was hit by 3 typhoons which meant I took less photos because I didn’t want to get my phone or camera wet. I never really take photos of what’s growing in people’s gardens, tending to only take photos of what I see growing wild… and I really don’t remember seeing that many wildflowers whilst I was walking through the mountains and along the trails. (Certainly not as many flowers as I saw snakes!) So I can only assume it was the time of year (Oct/Nov – autumn) or that there just aren’t many wildflowers?! 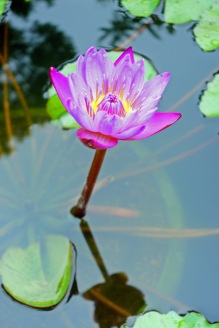 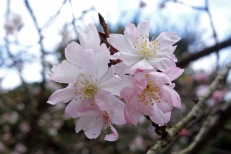 6 responses to “Flora and Fauna (or things to watch out for!)”