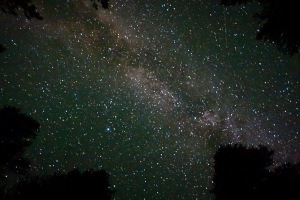 We were all up early as we were eager to get to town (Mammoth Lakes) for some real food and a shower, only 5 miles away.

We were walking through the Devil’s windstorm area (a storm that snapped approx 10,000 trees with winds up to 200mph on Nov 30, 2011) when I needed to go to the toilet.  I left the trail and climbed over 4 fallen down trees before finding a suitable place. After going to the toilet, I thought I would be able to cut across a few more trees and meet the trail, but the trail never goes straight so I don’t know what I was thinking! After climbing over numerous trees and scratching my legs all over I realised I was lost. I couldn’t even find my way back to where I’d been to the toilet – there were fallen down trees everywhere and everything looked the same. I had a few moments of panic before I got out my phone and used the Halfmile app to get me back to the trail, I was really happy to see the trail again! 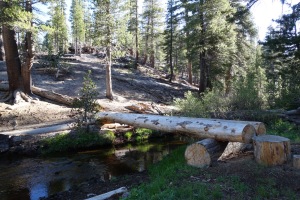 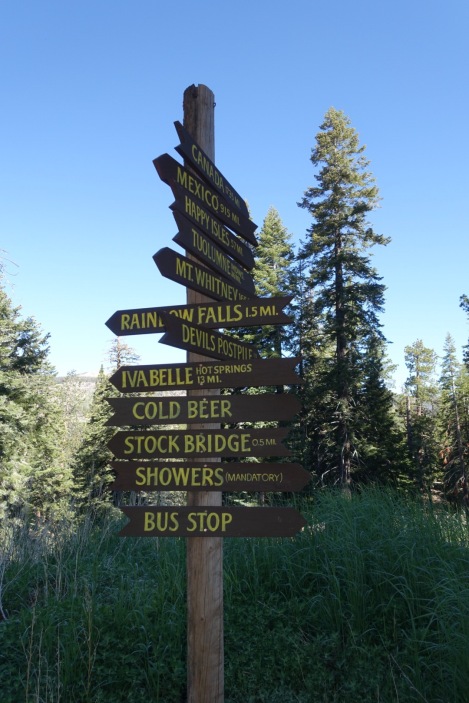 We got stuck at Red’s Meadow for quite a while because each time a bus came by (every 20 minutes), someone had a new beer and we couldn’t ride the bus with beers!

When we finally made it to the village it was lunchtime and we were starving. While we were waiting for the trolley (the last ride), we noticed there was a burger place opposite the trolley stop so we went in and got delicious burgers for lunch. 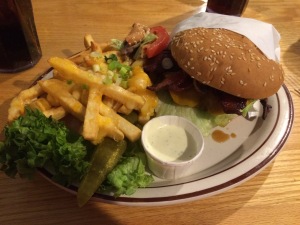 Then we finally got the trolley and it dropped us off just past our hotel, the Sierra Nevada Resort & Spa – thanks Mrs Smith for getting such an awesome discount! I decided to pamper myself and use the spa (after removing all the dirt and grime in the shower!), we all did laundry then we met up at 6pm to head over to the Mammoth Brewery.

The brewery had two separate flights of beer (their original and seasonal beers) so Teflon and I decided to split each of them so we could try every beer they had. The food was good too. 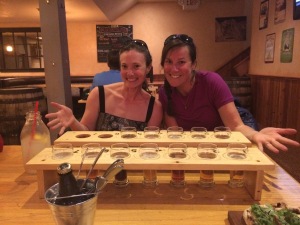 I have to stay here two nights as I need to go to the post office on Monday to pick up new shoes that REI has sent me and it’s not open on the weekend. I had originally planned to try and get here by Friday (yesterday) but then I rolled my ankle and that became impossible. I also need to post back my holey shoes to REI.