Mile 3.3 of 15 along the Eagle Creek Alternate trail to Cascade Locks, 12 miles

I was up at 5am and hiking by 5:30am in the dark. KC was still sleeping when I left and last night she had told me to go without her and she would meet me in Cascade Locks if she was still sleeping when I left. It felt weird leaving without her because we always leave together and my mind went a little crazy as I was walking alone in the dark and smelling the smoke from nearby fires… I wasn’t sure if the valley where we were was on fire but I almost turned back to get KC… Everything’s always better in daylight and when I could finally turn my headlamp off I could see the sky and knew the smoke I was smelling must’ve been coming from somewhere else.

I almost didn’t take the Eagle Creek trail alternate because of a review that a friend posted (who’s ahead of me) but I have to say, this is one of the most beautiful trails I’ve walked along and I couldn’t recommend it enough. Just know that if you start it from the PCT at the Indian springs trail where I did last night, that you have a couple of miles straight down on a rough and rocky trail and then it continues to be rocky in places but completely doable. There’s also heaps of campsites all along the bank of the creek, the one at 3.3 miles that we camped at (not on the bank) is big enough for about 4 tents and there was also a small trail opposite on the right side leading to a campsite. There’s water all the way along too.

Hopefully the pics will give you an idea just how beautiful the trail is: 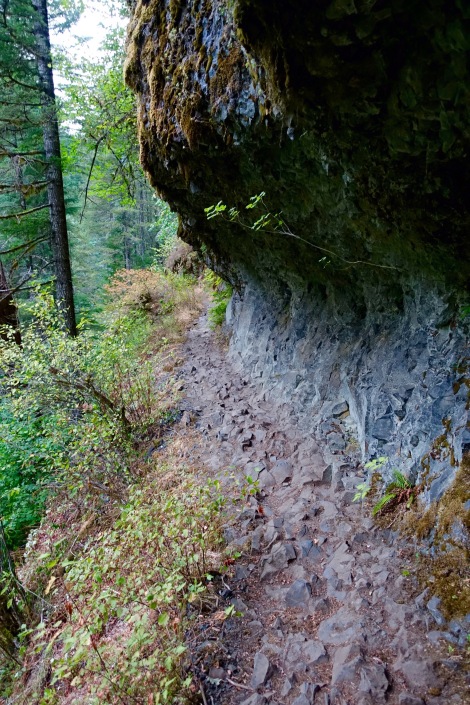 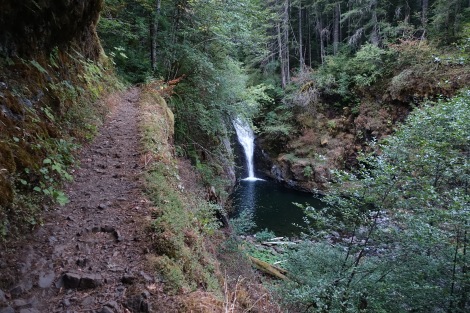 Tunnel Falls, named for the tunnel you walk through behind the falls 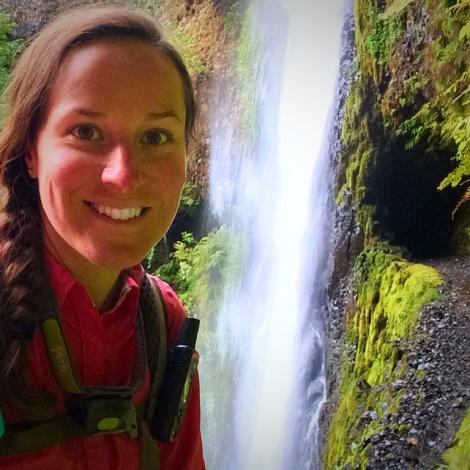 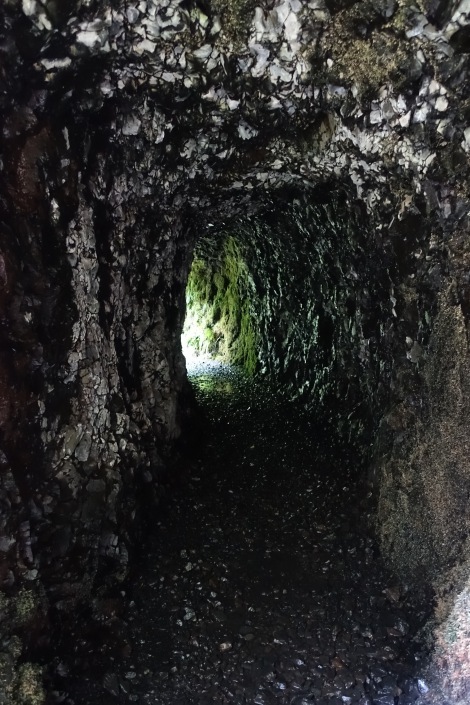 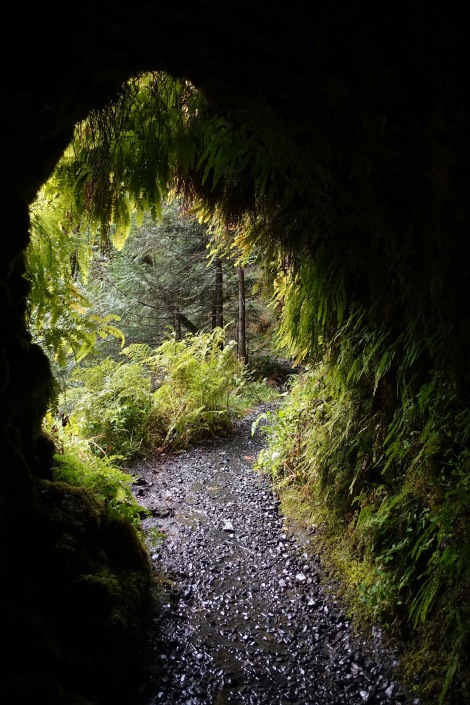 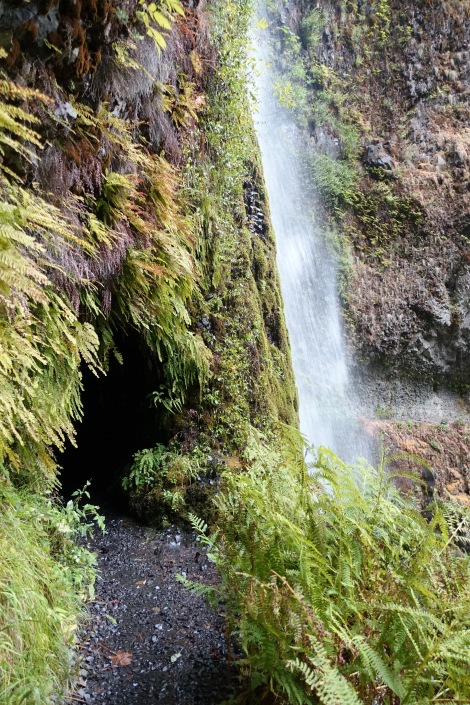 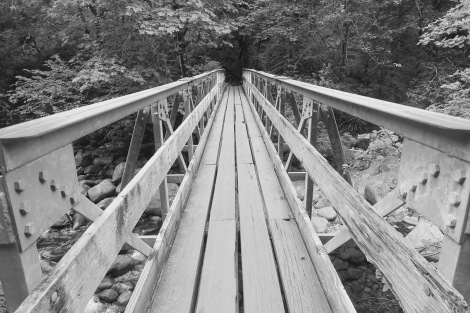 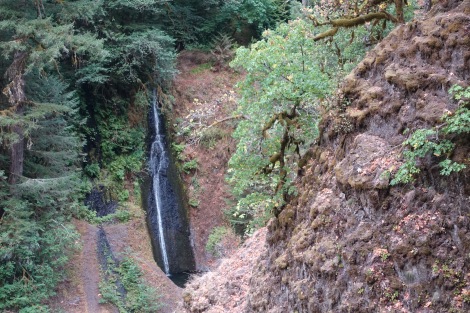 I realised it was a weekend when I started seeing dozens of day hikers coming the opposite way along the trail. Lucky for me I was on the wider part of the trail with room to pass, not so lucky for KC behind me who had to pass heaps of people on a narrow trail with her huge pack on. I’ve never seen so many people on a trail before but that just goes to show how beautiful it is and how easily accessible it is. 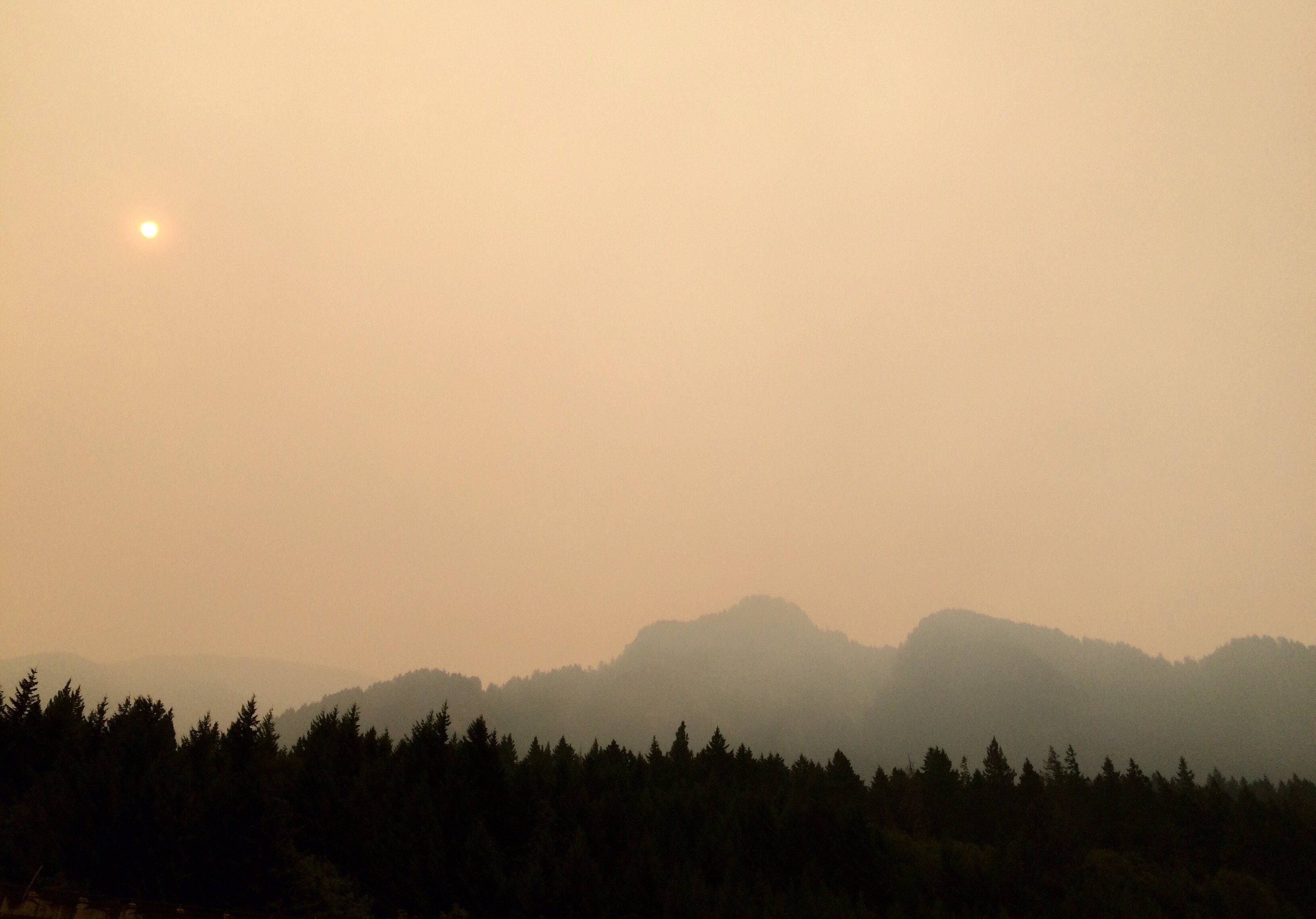 Smoke from nearby fires 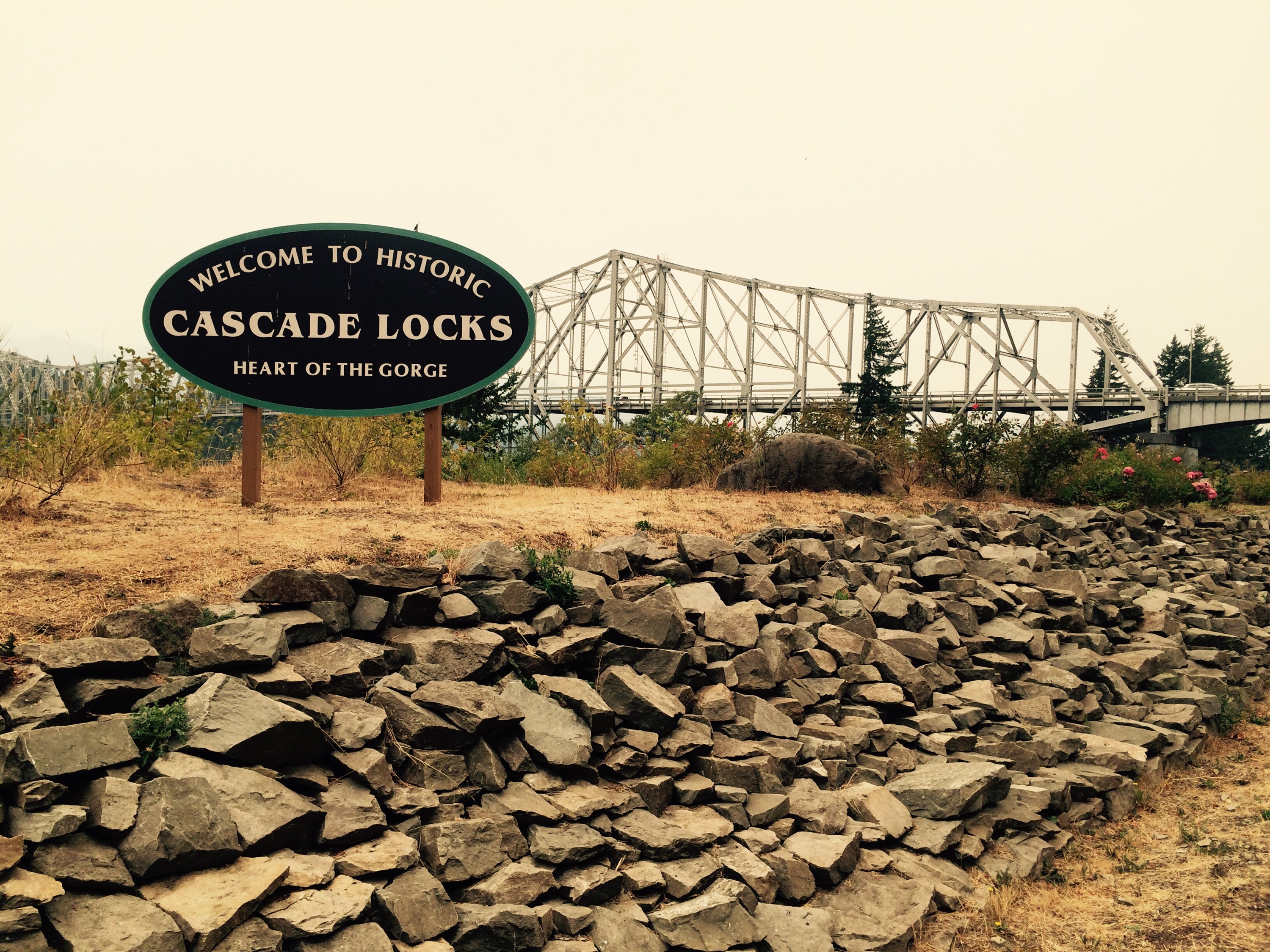 I took the bike path (the Historic Columbia River Highway) the last 2.4 miles into Cascade Locks – there was a ranger at the Eagle Creek trailhead who told me to take this trail – and made it to the Best Western where Howard had a room, around 10am. I had just missed the breakfast but Howard had ordered it for me and got it to go so I ate bacon, eggs and hashbrowns in the room before having a shower and cleaning up.

KC and I had decided to stay the night here in Cascade Locks before continuing over the Bridge of the Gods tomorrow into Washington… our final state and final 500 miles. We had errands to run and food resupply boxes to sort through so we got busy and were finished by about 2pm… At which time Howard suggested a trip to Portland which it turned out was only 45 minutes away. We both said yes having never been to Portland but having heard great things about it and next thing we’re in smokey Portland (fires) and sitting in one of their many awesome breweries! (Oregon is considered the microbrew capital of the world).

We started our tour of Portland at Upright Brewing, then Fatface Brewery  where we had a delicious dinner and then finished the evening by standing in a queue for at least 20 minutes at Voodoo donuts – it was completely worth it to stand in the queue!

Howard leaves early tomorrow morning and I’ll be sad because we’ve had such a great time and done so many other things that I never thought would’ve been possible – like Bend, the Resort, the BBQ place in Zigzag and now Portland – thanks Howard xx

Trying to look like “normal” people on our night out in Portland!

The queue at Voodoo Donuts, 9pm on a Saturday night!