Cost: Stayed in a cabin at Stehekin Valley Ranch with Rainbow and Teflon, $125 pp incl 3 meals and all transport

I was up at 5:30am and left at 6:30am. I only had a short 5 mile day to arrive at the high bridge ranger station where I could get a bus to Stehekin and the trail was nice and easy 🙂

I may have mentioned how hard I found this last section. In fact, I think that from Snoqualmie Pass to Stehekin was the toughest section on the whole PCT for me, but also stunningly beautiful and incredibly rewarding. I’m very lucky and grateful that I was able to hike this last section with the trail reopening, thank you. 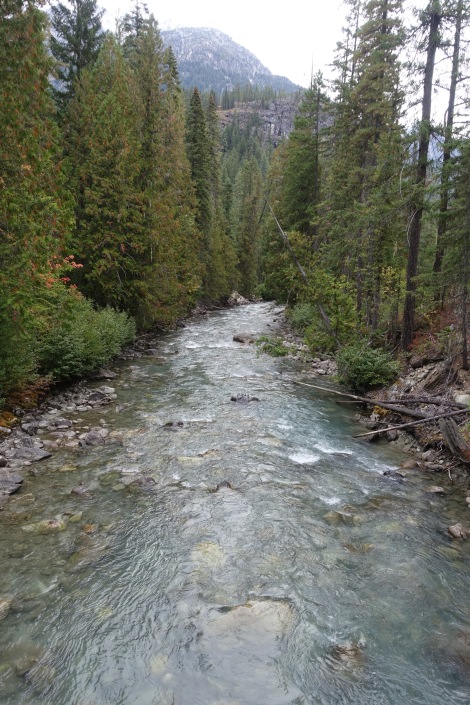 The Stehekin Valley Ranch bus arrived before the public bus. Overeasy got off and said he stayed there and loved the place. I asked the bus driver if there was space and there was one cabin left that would fit four people. There was another lady, Rainbow, also wanting to stay so we decided to share the cabin and there would still be space if anyone else showed up. (No price difference just a matter of space).

We rode their bus the 9 miles to the Ranch, paid for the room, dropped our packs off on the deck of our cabin, then grabbed a coffee and sat in the cook house warming ourselves in front of the fire. At 09:30 we took their bus into town via Rainbow Falls, then the incredibly awesome & delicious bakery and the garden. The bakery is famous along the trail and now I know why. I bought two muffins and 1 brownie which will be my 3 breakfasts on the next stage, 2 savoury rolls which will be 2 lunches, a lemon bar, a slice of their kuchen and a slice of pizza to eat now because I was ravenous. I ate the pizza and lemon bar while sitting on the bus and they were both delicious!

With Toto, Rainbow and Blazing Star 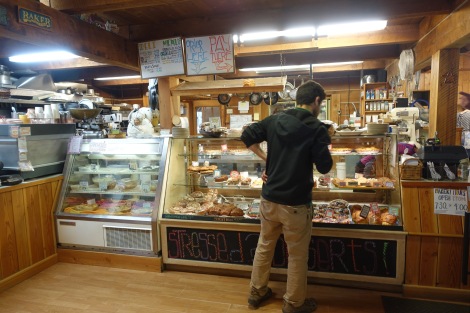 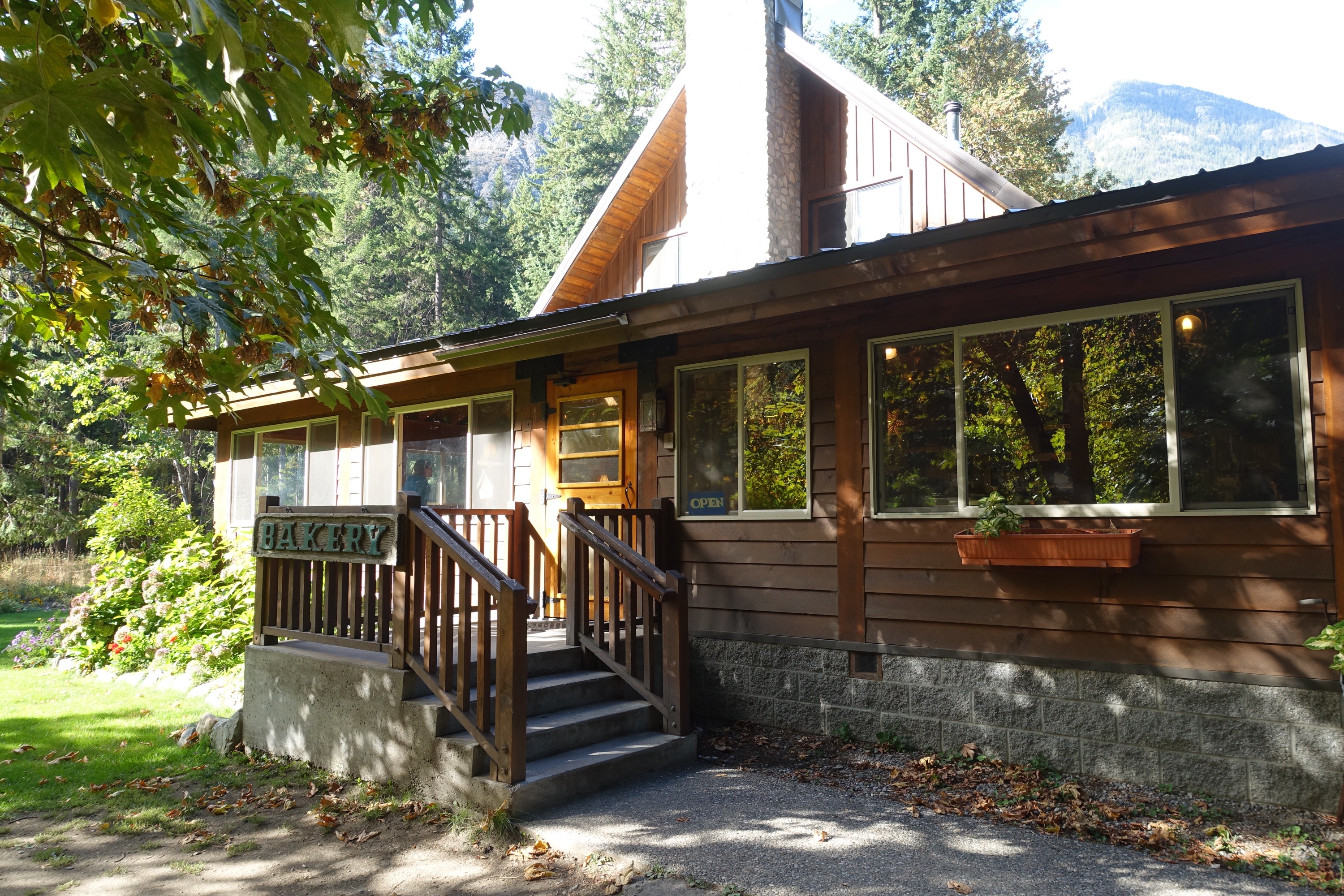 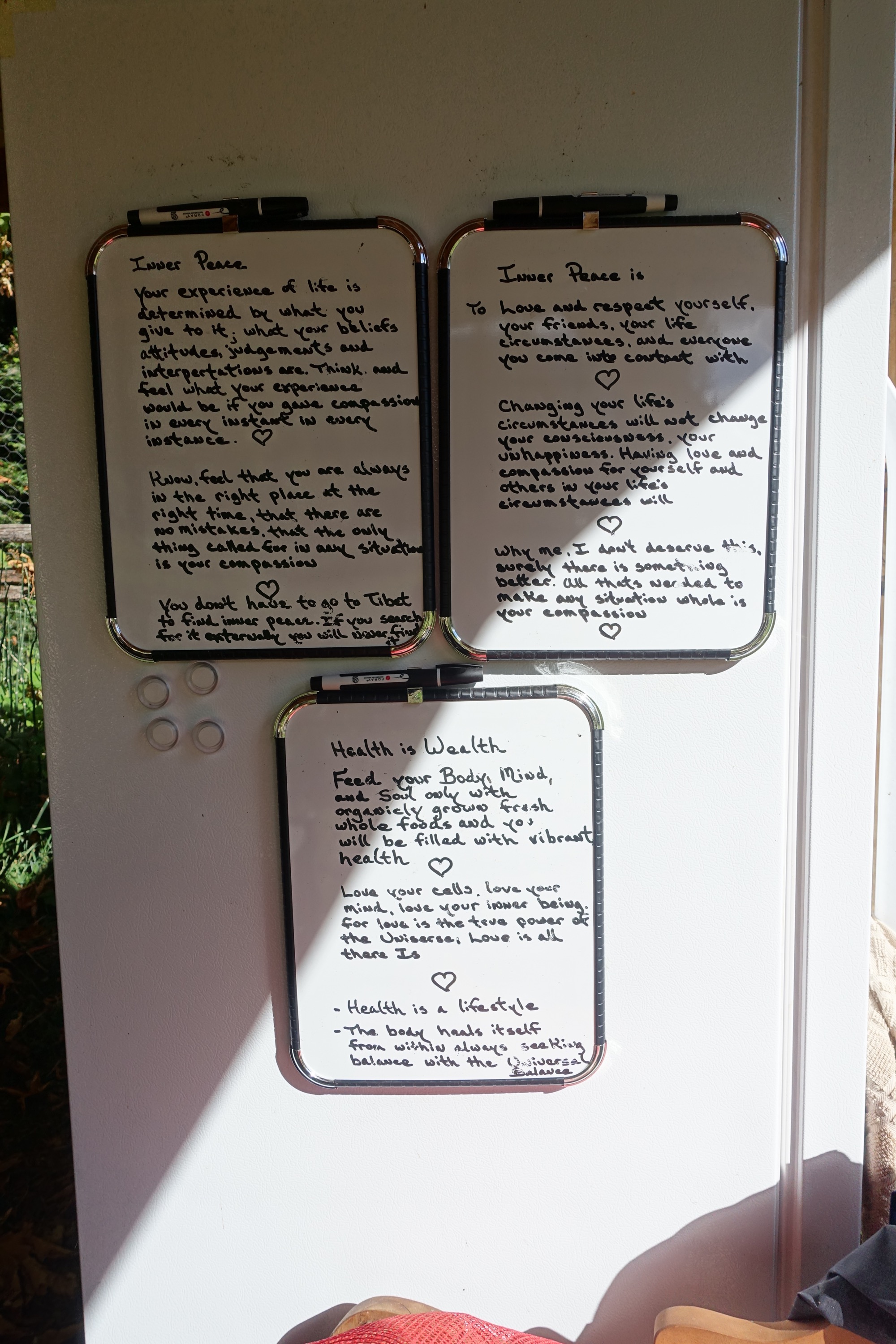 Inspiration at the Garden

The next stop for the bus was the “landing” where the general store,  post office, a restaurant, booking office and hotel are located. I went straight to the post office to pick up (hopefully) 2 packages – one was my resupply and the other a very special box full of goodies from my dad in Australia 🙂 I wasn’t sure if the box from Australia would’ve arrived yet, but it was there and I had a huge smile on my face when the postmaster handed it over.

By the time I got my packages there was only a few minutes left before the bus would be leaving to go back to the ranch, so I quickly checked out the general store and bought some postcards (and a box of red wine for the monument, they didn’t have champagne), then took the bus back to the ranch. On the bus back, I opened up my box from dad and cried when I read his letter and saw my favourite Aussie things – Cheezels and Columbines! Everyone on the bus understood, I’m sure they’ve probably done the same thing when they’ve received packages from loved ones. I shared out the columbines (caramel lollies) but kept the Cheezels and decided I would open them at the monument 🙂 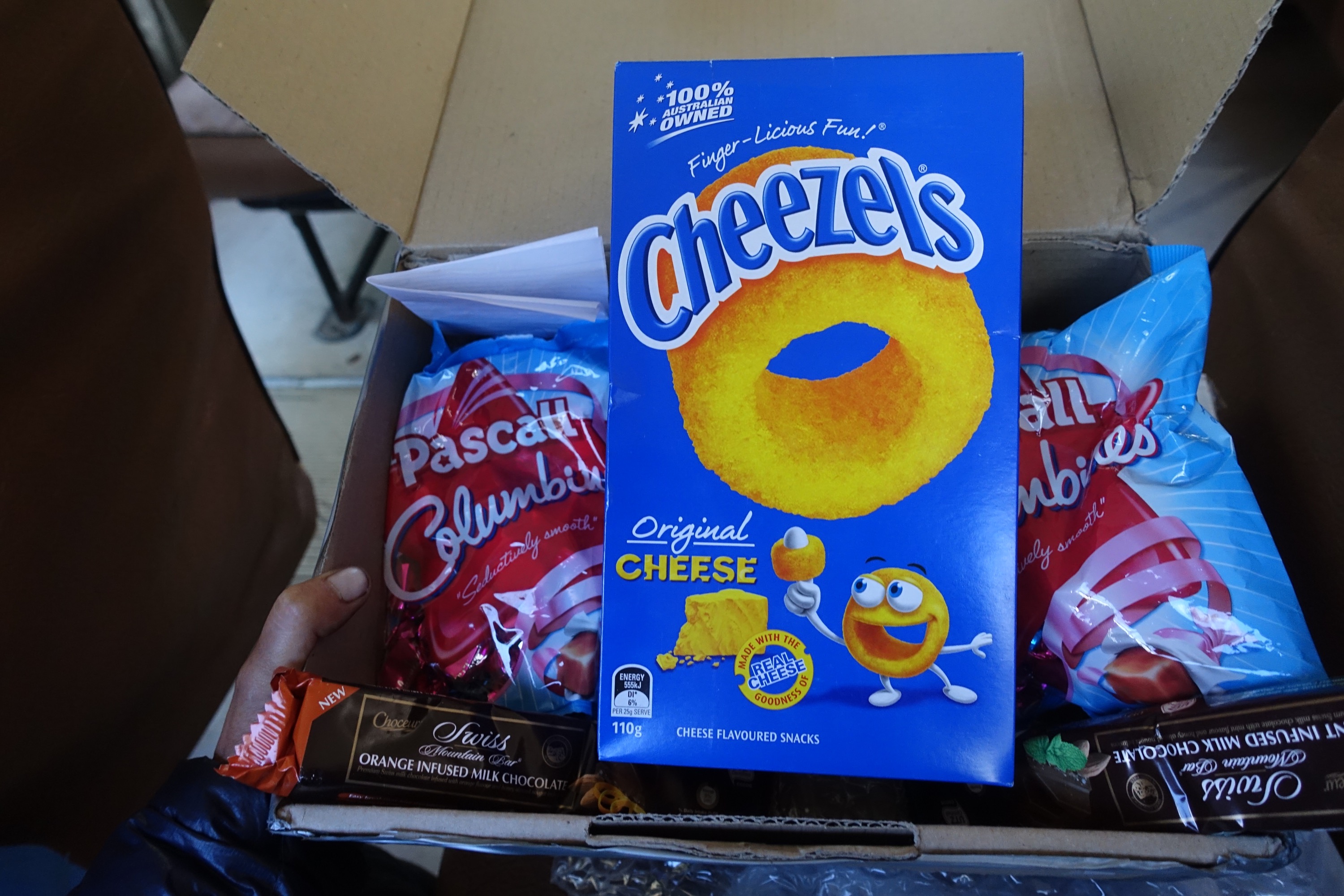 Inside my box from dad!

Rainbow and I checked into our cabin which is really nice, then I had a shower, put my laundry on and made it just in time for the end of lunch (fresh sandwiches or burgers with soup and salad). 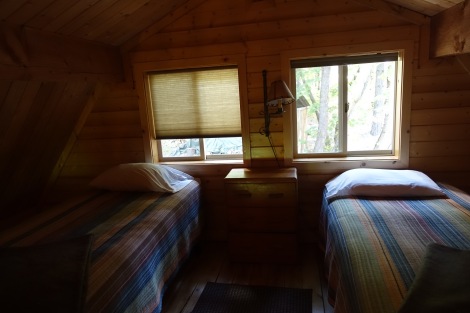 I was chatting with Blazing Star, Toto and Rainbow when I saw Teflon arrive. I quickly jumped up and ran over to reception, there were no more cabins available but we had a spare single bed in our room so she was able to join us and just in time for lunch too!

The rest of the afternoon was spent sorting out my last food bag, drying my tent/sleeping bag/mat, washed my stove, wrote postcards, I sewed the holes on my shoes together with dental floss then superglued tenacious tape on top, chatted with Rainbow and Teflon and then it was time for dinner! …. Which was amazing! It’s a set menu every night (but you can order off a separate menu and just pay extra). Tonight was salmon fillets with veggies, salads, fresh delicious bread and followed by a choice of 6 pies! 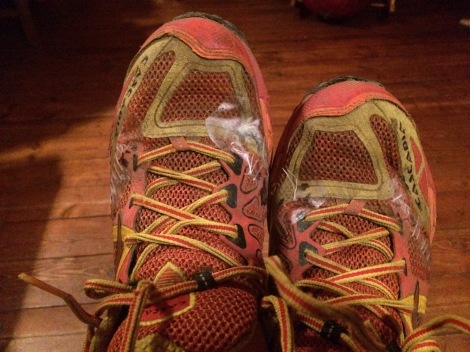 It’s a really very special place here. After dinner, Cliff (our bus driver and 3rd generation owner of the homestead) told us the history of the place and his family, it was fascinating. Then the Sierra hiking group asked Teflon and I if we would answer questions about our PCT hike… Which we did. The first question, do you wish you could continue? Me, no. I’m ready for the end, really ready. No more aching back as I sleep on my neo air pad, no more packing up a wet tent, no more falling asleep expecting a mouse to chew its way through my tent, no more having to filter water at least 3 times a day, no more carrying a heavy pack, no more having to eat energy bars and cous cous… I’m ready. Teflon could keep going!

Apparently there was a NY Times article written about Stehekin, I’ll have to try and find it.