Dad arrived at London Heathrow at 5am on Sunday from Australia and after meeting him at the airport, the challenge was to not let him succumb to jet lag, for the entire day! He also needed to try on and get used to my husband’s backpack which he’d be using for the hike. After dropping off his bags, and kitted out with both of our backpacks loaded with everything for the TMB, we walked along Regent’s Canal to the Columbia Rd flower market. This was followed by a Sunday roast at our local pub, and then in the afternoon, we walked the opposite direction along the canal to Regent’s Park. I figured walking was the best way to keep him awake!

On Monday, we had a date with The View from the Shard. Neither of us realised that you would get wet from the top of the Shard if it was raining! (Umbrellas aren’t allowed btw.) After the Shard we visited Borough Market, then the Clink Prison and St Paul’s.

We bought last minute supplies of snacks, toiletries and medicines before having an early night ahead of our 9am flight from Heathrow to Geneva the next morning.

We flew Swiss Airlines, but contrary to our preconceptions of Swiss time and punctuality, the flight was delayed by half an hour.  A free onboard meal and Swiss chocolate was a nice touch, but the delay meant we had missed the train from Geneva airport that we were hoping to catch.

After landing at Geneva airport, we made our way towards the train station and when trying to buy the tickets for our onward journey to Champex, a staff member mentioned it might be cheaper for us to buy a Swiss rail pass instead of individual tickets. I hadn’t looked into the passes so we  followed him to his desk and told him all the journeys we’d be making by train while we here. He kindly looked them all up and told us each price, but when I added them up, it worked out it would be cheaper by CHF80 pp if we didn’t get the Swiss rail pass, and instead bought the tickets individually. It was worth looking into though as gee, is Switzerland and Swiss train travel expensive!!

To get to Champex-Lac where we were staying the night and starting the TMB, we had to take a train from Geneva to Martigny (with stunning views as the train followed the lake, passing gorgeous mountain views and grapevines climbing up the steep hills), then change to a train at Martigny to Sembrancher. We then had a two minute connection (luckily all we had to do was cross the platform) for our last train to Orsieres. And then, finally a bus from Orsieres winding uphill to Champex-Lac. The ticket for all of this was CHF 64 each (~£50 / ~AUD$91), and we arrived at our accommodation just before 4pm.

We checked into Ptarmigan guesthouse (booked through booking.com for £103 including breakfast), which was a few steps from the bus stop, then went for a wander around the lake and small town. We checked out some restaurant menus looking for somewhere for dinner (most meals started from CHF 25) then went to the local supermarket and saw a sign on the deli counter advertising baguettes for CHF 5.50. This sounded perfect, so we ordered cheese and meat sandwiches with the local Swiss cheese, grabbed two cans of the cheapest Swiss beer we could find (CHF 1), some chocolate and chips, and this was our terrific dinner that we ate on the balcony of our accommodation, overlooking the lake. 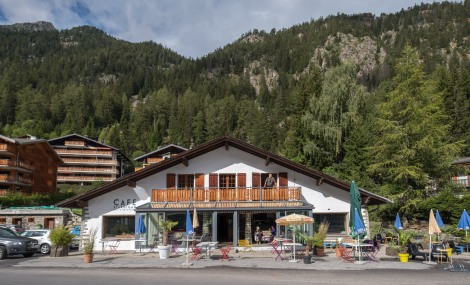 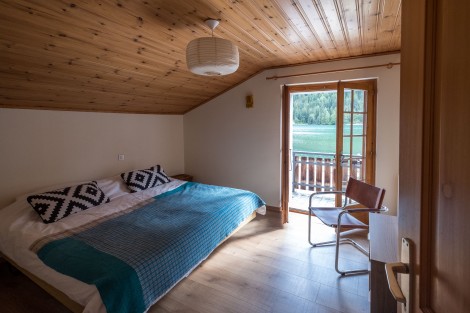 Our room at Ptarmigan guesthouse, Champex

Dinner bought from the local supermarket in Champex 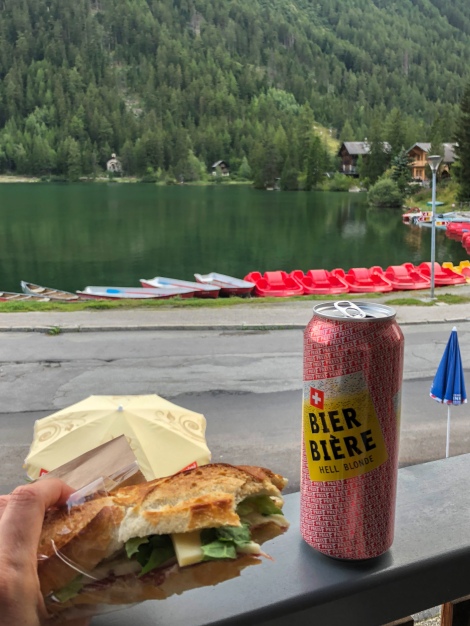 Eating dinner on the balcony at Ptarmigan guesthouse