Today was my longest day yet! I should have left earlier than I did but I took my time packing up, hoping the heavy clouds and mist would clear away!

It wasn’t raining and the air was cool which made for good cycling weather.

A Jizo statue in the mist

Right at the start of the day I had to go over a mountain pass. It was a bit of a climb with no shoulder and a busy road so I tried to ride as fast as I could on the long climb. At the pass there was a monument to the famous Japanese event of the Forty-seven Ronin (a ronin is a samurai without a leader). Their leader, after an altercation inside Edo Castle, (now the site of Tokyo’s Imperial Palace) was forced to commit ritual suicide (seppuku). What I hadn’t realised about this story was their leader was from Ako, the town I had stayed in overnight. I’ve even visited the gravesites of the ronin at Tokyo’s Sengakuji Temple. 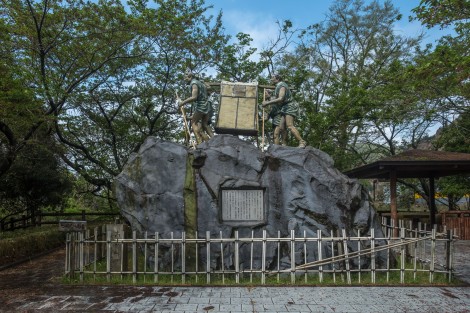 A monument to the 47 Ronin on a mountain pass 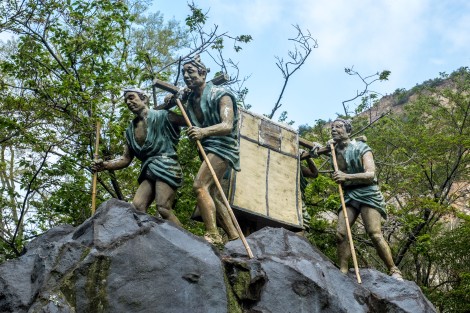 A monument to the 47 Ronin on a mountain pass

The path today largely followed the Shinkansen bullet train tracks so I watched a few go by and tried to take a video and photos – not so easy because of their speed! 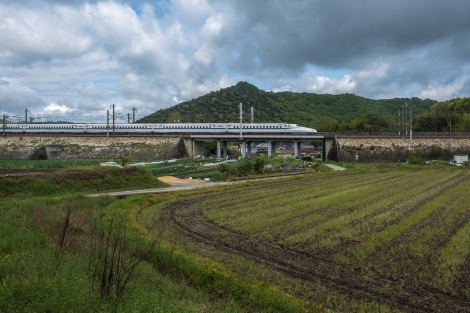 I popped into Cycle Base Asahi in Himeji and had my brake cables adjusted – it felt like they were about to snap on many of the downhills! I wasn’t originally planning to but I decided to swing by Himeji castle (a 6km detour!) for old time’s sake. It looked just as magnificent as I remembered from my many visits as a guide.

Why my bike is called Momiji – it’s the same colour as this maple tree (called momiji!) 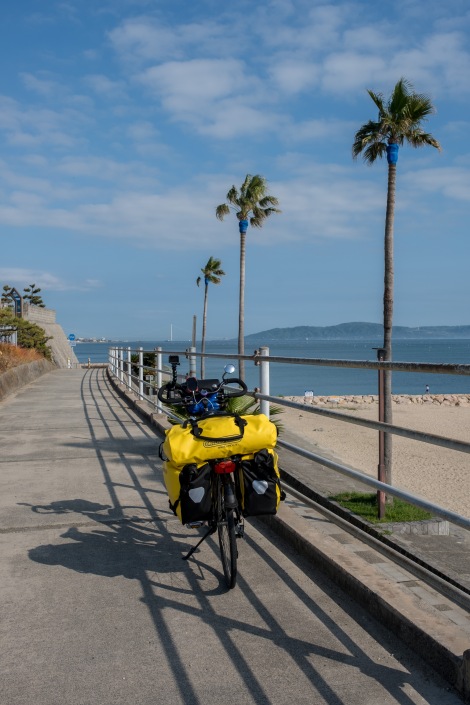 On the Akashi cycle path, or is it Florida? 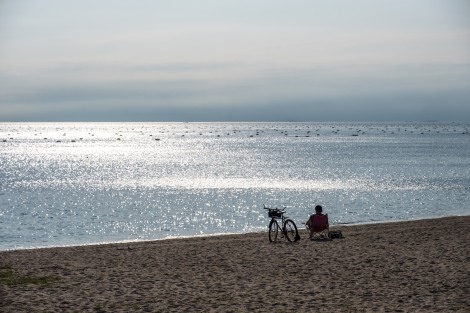 I liked this ivy covered building

The holiday feeling stopped when I got to the outskirts of Kobe and starting climbing up and down silly hills, it was the last thing I wanted at the end of the day! I eventually arrived after dark at Lachlan’s apartment – my warm showers host from Australia. He made pizza for dinner and we had a great chat about Japan and travelling. Thanks Lachlan for letting me stay!