There were voices walking past me and lights shining on my tent throughout the night so I didn’t sleep well – it was also absolutely freezing. I was awake at 3:30am so I packed up my soaking wet tent and left by 4:15am in the dark. I was sorry I didn’t get to say goodbye to Kawasaki-san but hoped he would pass me during the day and we could chat again.

I used my headlamp to light the road until it got light and although I thought I would watch the sunrise from the nearby Rokko lighthouse, when I got to the Michi-no-eki opposite, it had no hot coffee available and I was frozen to the bone. So I kept going, searching for a vending machine with hot coffee, at the time this made sense but I would come to regret this decision! A few minutes later I came to a port that was busy with fisherman bringing in their catch and I found hot coffee so I sat there and warmed up while chatting to the fisherman and watching the sunrise.

A fisherman at sunrise at Cape Rokko, Noto Peninsula 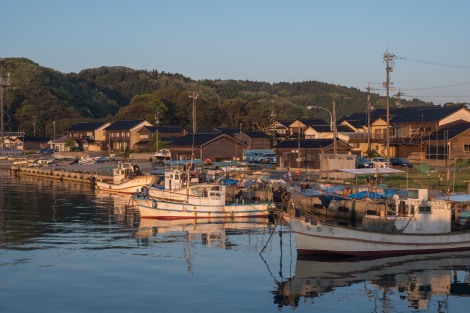 I arrived at the next Michi-no-eki in Suzunari around 6ish and set about drying my tent and charging some electronics. I was still there when it opened at 8:30am and I met the same couple again that I had now seen everyday for the past three days. We had another good chat then I decided to book a campsite for tonight so I wouldn’t feel so on edge and would hopefully sleep well. Ridiculously though, I booked a campsite quite far away which meant the day became mostly about feeling the pressure of having to get there before the reception closed.

Mitsukejima had a fantastic camp site for ¥1500 that I wished I had stayed at and would love to stay there with a view of the sea and Mitsukejima island – it would be great at sunset. I walked out along the rocks as far as I could go. 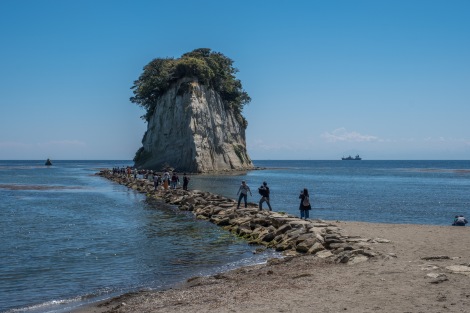 I passed a sake brewery so I popped in to buy some local sake. I couldn’t taste any because you have to have zero alcohol on a bike or car (fair enough), so I just asked for their recommendation for a small bottle. I continued on and bought lunch from Noto Pain bakery on the coastal highway, which was delicious! 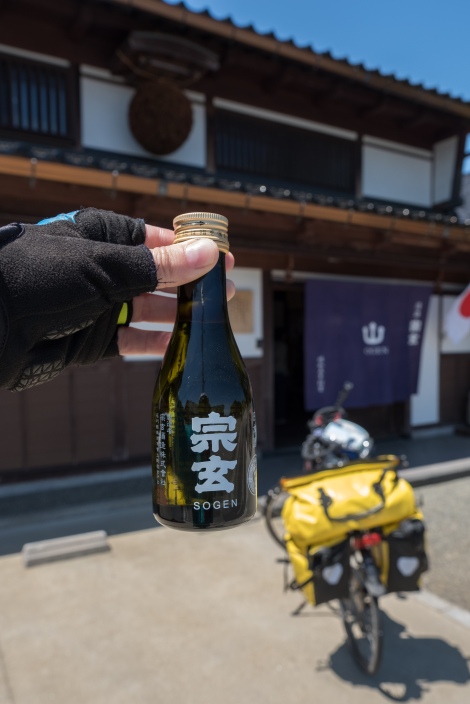 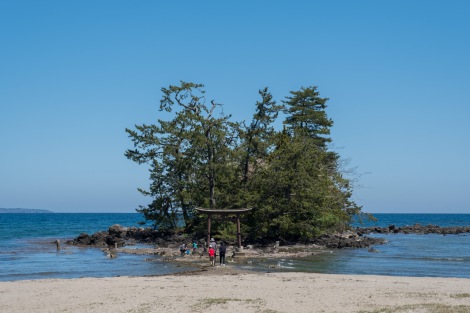 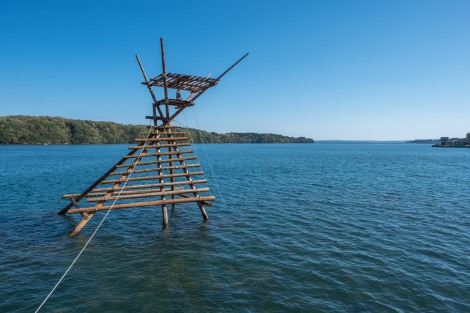 It was a hard push to get to the campsite on Noto jima by 6:30pm and I really wished I hadn’t booked it, I passed so many places that I could’ve camped for free!

I arrived at 6:28pm and was shown to a site on lawn amongst rice paddies with maybe 10 other groups camped in tents and caravans. It cost ¥1,500 which is cheap I guess but pit toilets, mosquitoes and no views so again I was wondering why I booked this and made myself cycle so far! There was an onsen 3km away (Hokkori onsen) so after setting up, I rode to the onsen in the dark and had a good soak, then dinner at the onsite restaurant before cycling back. Having an onsen before sleeping in the tent is making such a difference for my body temperature and rather than shivering throughout the night,I’ve been managing to keep warm and sleep.

My campsite at the RV park on Noto-jima island 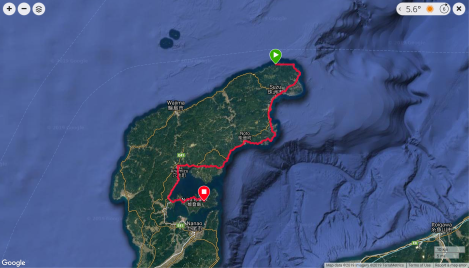