It was incredibly hot in the room (no AC) so we both didn’t sleep that well. We went for breakfast and talked about the options we had for tonight:

We were able to change rooms and moved into the more modern motel with AC and working shower so Howard will now drop me back off at the trail (well, 1.8 miles from the trail) early tomorrow morning and then he will drive back to Vegas for his afternoon flight back to London. 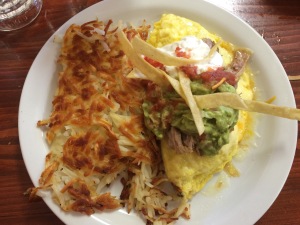 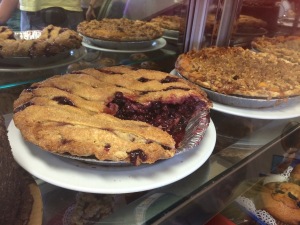 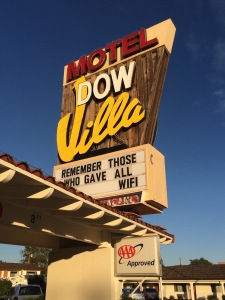 We looked on Trip Advisor for things to see and do in the area and found the Manzanar Japanese Internment camp was very near. I had heard about this camp before starting the PCT and was keen to go and see the museum. It was very interesting and sad and I learnt that the same thing happened to Japanese people living in Canada as well as South America. 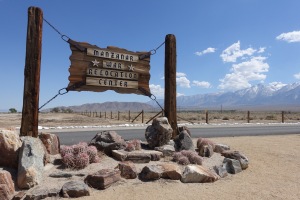 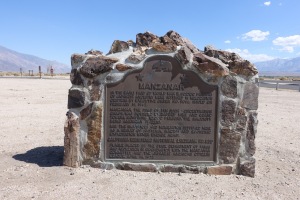 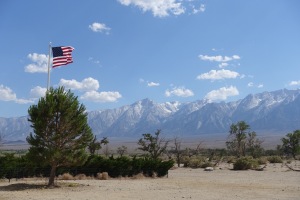 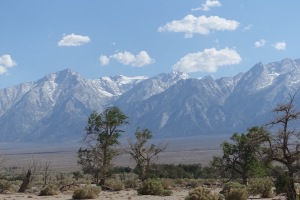 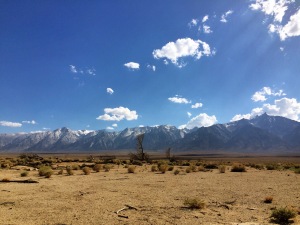 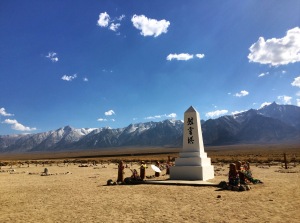 From Manzanar we drove to the Alabama Hills – the Hollywood open air movie backdrop for many Wild Western films from the 1930s onwards. We accidentally drove into a car photo shoot and after apologising, we drove on, parked and walked to the famous arch. 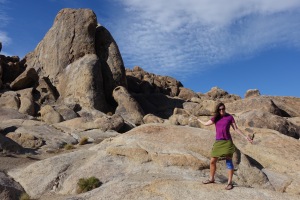 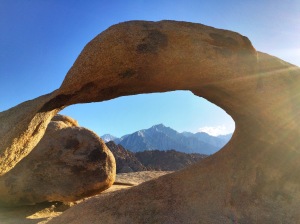 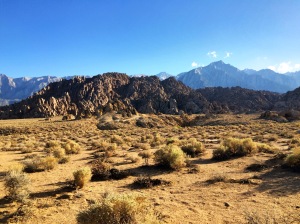 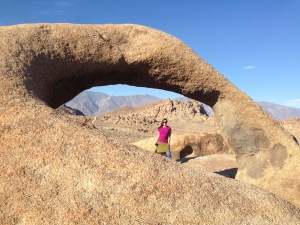 I picked up a few more snacks from the supermarket and we had a great dinner at The Grill restaurant, next door to the Dow motel. I’ve just spent the last hour trying to repack and reorganise my pack with the bear canister… Sleeping bag first or stuffed on top later? I’ve got a few hundred miles to figure it out!