I was up early, knowing I had a big day ahead of me and the heatwave is expected to continue. I didn’t quite know exactly how big the day was going to be though…

5:33am at Sainokami campground, Hachimantai 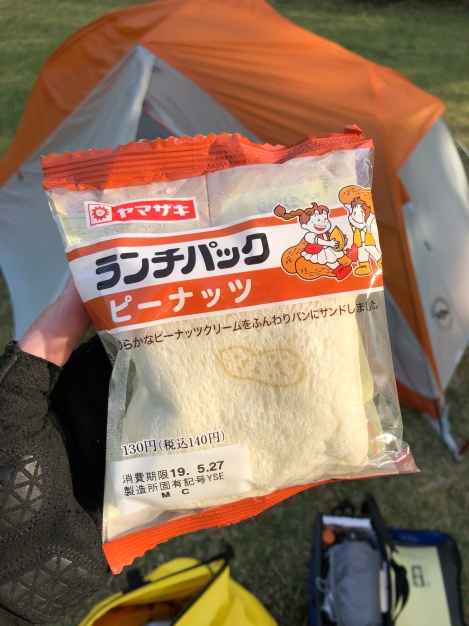 I had great views of Mt Hachimantai again, but before long I was climbing and the temperature was soaring. I hadn’t exactly chosen this route, I was still following the length of Japan Tohoku GPS track from the Japan Cycling Navigator website. Obviously it thought this route was the best / most scenic / most challenging! 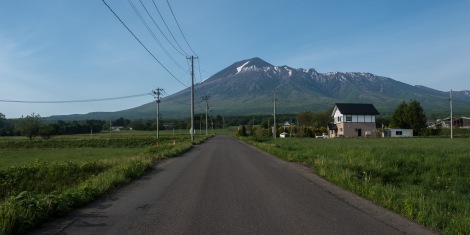 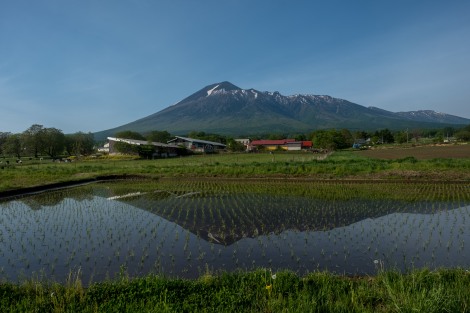 Farming land at the base of Mt Hachimantai

I was running out of water very early on when I passed the Alpen Rose guesthouse. It wasn’t open but the owner was outside. I stopped and asked if it was possible to fill up my bottles and he directed me to a hose pipe. The water was freezing so I also doused my beetrood-red face to try and cool down a notch. The man said I’d chosen the hardest way over the mountains… thanks for that! 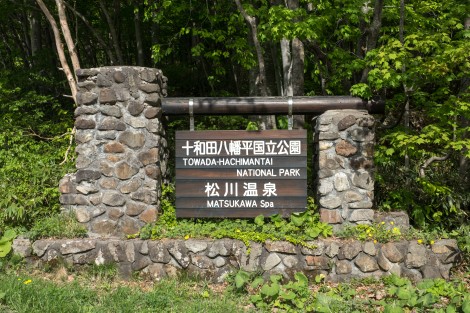 I know the above picture doesn’t look steep, that’s probably because when it was steep I was pushing the bike and couldn’t take photos! The beginning of the climb was silly steep and it hurt my whole body to push the bike. Then there would be short periods when I could get back on and pedal before having to resume pushing… it was also very very hot… Until I reached the snow banks and could lean against them to cool down! 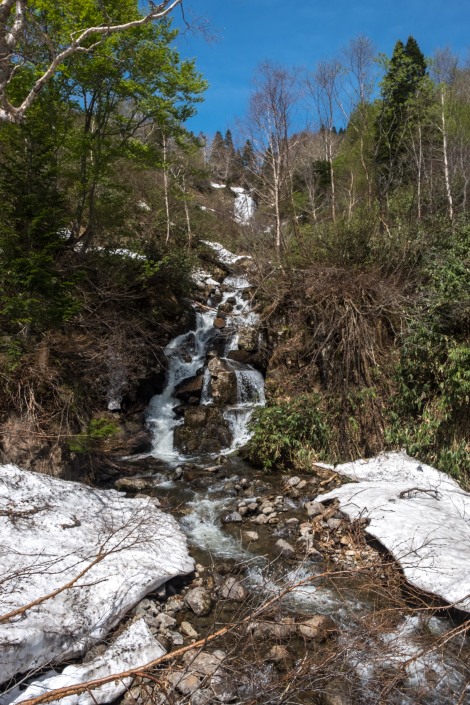 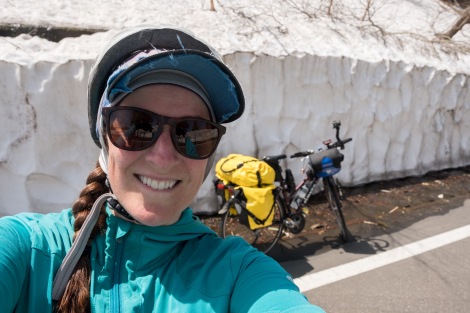 There’s still so much snow up here! And although I’m smiling, this is a hard climb!!

There’s still so much snow up here on the Hachimantai Jukai line (Route 318). 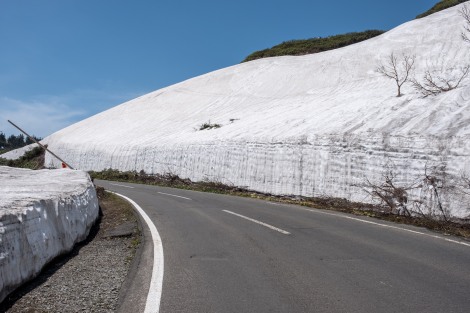 Again, I had almost finished my water and just couldn’t quench my thirst when I passed a hot spring resort. It was now 11am and I’d been cycling (or pushing) since 6:30am. The sight of the vending machine in front of the resort was magic to my eyes. All I wanted was a coke which I don’t usually drink, but my body seems to be craving sugar these days. It was a popular spot and the smell of sulphur was strong. I went into the shop looking for some snacks and bought two onsen eggs. Outside as I sat and ate the eggs, I noticed people pulling up in their cars with ski gear… 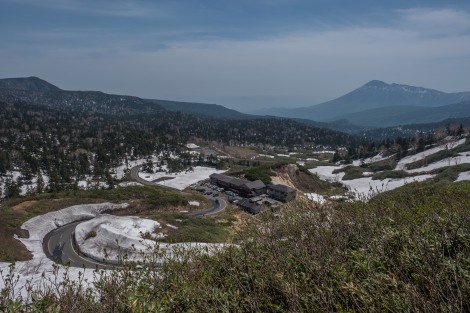 When I finally reached the top, I was relieved and so very tired. This was by far the hardest climb that I had done on this whole trip, and I kinda resented having to do it with a fully laden touring bike! I guess of all places to be during a heatwave, surrounded by snow on a mountain is as good as it gets. I couldn’t believe there were people skiing up here, there’s still that much snow!

There are people skiing up here. Why on earth did I have to ride this way?

There are people skiing up here. Why on earth did I have to ride this way? 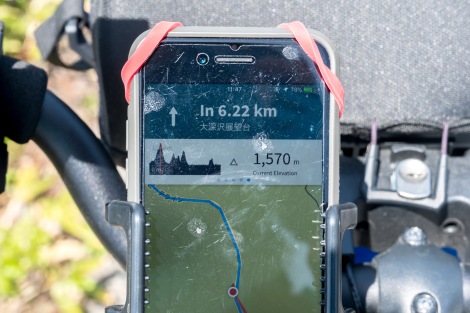 Panorama from what I think is the top

The above panorama was taken at 11:51am and the below photo of Lake Towada was taken at 17:45. The temperature was so hot today that I had to put my camera away (I’m usually carrying it) because the shoulder strap was turning my shirt black in the heat. It was over 30 degrees but felt like 40.

The descent was long and I almost ran over another snake which again scared the life out of me, and also the snake which slithered away faster than I’ve ever seen one move.

I had another small climb to reach Lake Towada and finally arrived at the campground at 6pm, 11.5hrs after starting out.

After an almighty descent and quite a few hours later, I finally reach Lake Towada

Again, I was too late for the campground reception, so I put my money and registration form in an envelope and placed it in a box outside the office. There are a few car and motorbike campers here but most are already tucked up in their tents. After watching the sunset at the lake, I hit the sack too. 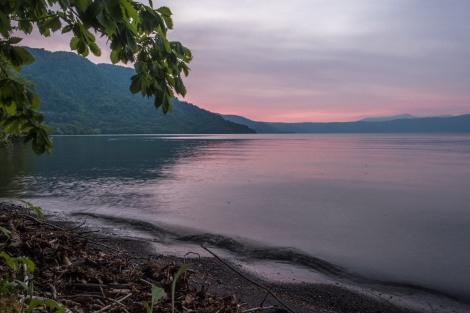 One response to “Cycling Japan – day 47 – Hachimantai to Lake Towada”