All five of us at the campground were up at the same time and trying to dry out our tents from the overnight rain. A man who had camped in his car and was a friend of Takahashi’s, came up to us carrying a silver tray with a pot of coffee, cups, bread and bananas. I didn’t know what was more surprising, the silver tray and pot of coffee like an old-fashioned butler would serve, or the fact this stranger had put together this breakfast for other complete strangers. What a wonderful world we live in!

It turned out we were all trying to get to Wakkanai (four of us as Takahashi was driving) so we decided to cycle together. 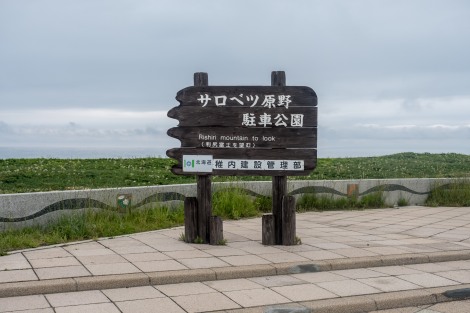 I had a perfect view of Mt Rishiri yesterday but didn’t take any photos and today it’s completely obscured by cloud!

Cycling with Marcus and Patrick from Germany, Route 232

After leaving a town called Teshio (and stocking up with food and water for the next 70km to Wakkanai), we entered the Rishiri-Rebun-Sarobetsu National Park and crossed the Sarobetsu Plain on Route 106. While the morning’s ride was full of rolling hills, the afternoon was flat as a pancake and we were grateful there was no headwind. It was lots of fun cycling with Patrick and Markus (Hori-kun had sped ahead by the afternoon) and I enjoyed the company.

Marcus and Patrick from Germany, Route 232 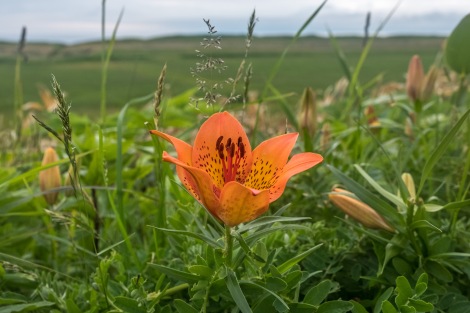 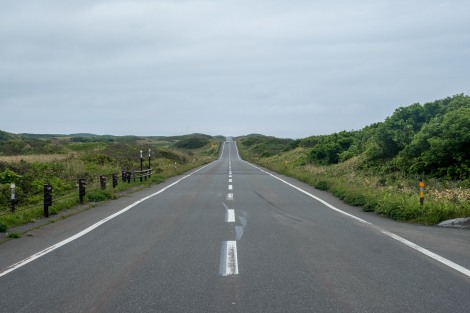 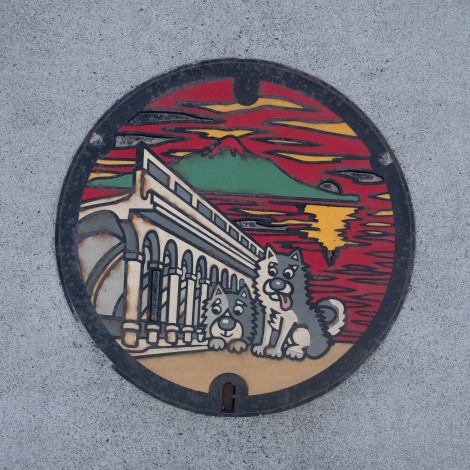 A Wakkanai manhole cover with Mt Rishiri in the background

The lighthouse at Cape Noshappu in Wakkanai

I’m now only 35km from Cape Soya, the northernmost point of Japan and my goal for this trip…