Barbara and I leave together and although it’s light outside, the first section of trail climbs up through a dense forest and it’s so dark we have to pull out our headlamps. It’s a cold morning, in fact it’s the first time I’ve needed to wear my wind jacket. We catch up with three Canadians who we met last night. One calls me ‘geriatric’ when she learns of my age and the fact I don’t have kids. I know it’s clinically accurate, but it stings a little!

After 9km, we enter Mondoñedo and stop for a break. Here we have two options: the old route, now known as the Complementaria Route which follows a road over a mountain, or the new route, ‘La Ruta Principal’ which is shorter but steeper, with no services and more challenging. We all take the latter.

A local and her gorgeous goat 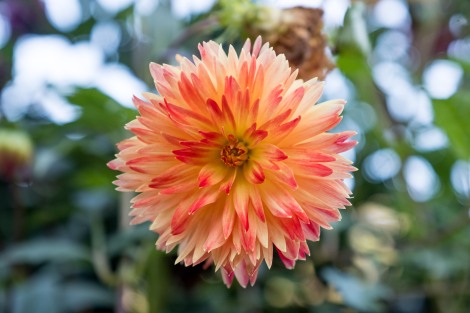 The climb is never-ending and it’s windy and chilly, but the views are spectacular. 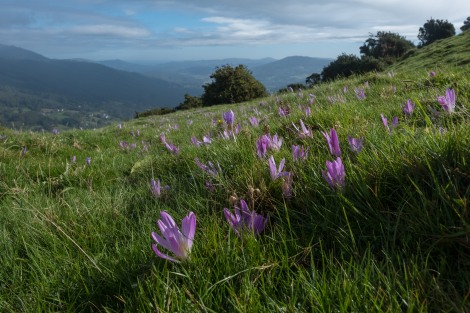 Almost on top with the windmills and crocuses

It’s cold and windy (that would be why there’s so many windmills up here!)

Barbara on La Ruta Principal between Mondoñedo and Gontán, this is a beautiful section of the Camino

A camino waymark in Abadín

Barbara and I arrive together at the albergue, just as it starts to rain. There’s a pool in the garden and Philipp is about to dive in; impressive considering how cold it is. The albergue is beautifully furnished and warm. There’s a fridge full of drinks and snacks and an honesty box system. Daniele from Italy is here (the man in the white shirt in the photo below) and we hug each other; the baguette sealed our friendship long ago 😉 We’ve been in the same accommodation quite a few times recently but I never see him during the day.

Dinner is a communal affair; chickpea soup then tortilla and salad. I meet two German girls and two Spanish men who are cycling, as well as James from the UK. The only person missing is Sigrid, why aren’t you here?! 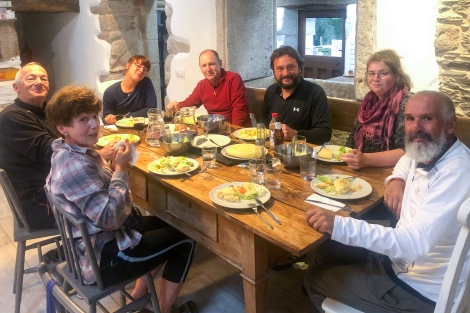