The alarm went off at 5:15am and as I was getting up and thinking about what I was going to need for the day to climb Mt Whitney I realised that I needed my hiking poles which were holding up my tent! I didn’t want to take my tent down because the plan was to leave most of my stuff behind and only carry food and warm clothes. I looked around and found a few sticks then taped two together to replace my long front pole and used a shorter one to replace the pole at the foot end. As long as there was no wind or any marmots chewing through the tent, it stood a chance of staying up all day 🙂

I cooked a breakfast of two Quaker oats packs and downed a coffee, then we all left camp around 6:30am, it was absolutely freezing!

The views were stunning all day and I couldn’t help but continually stop to take photos. We passed lakes, streams, then frozen lakes as we gradually climbed higher and higher. At one point we walked across a frozen lake covered in snow which completely freaked me out as I heard the water gushing underneath my feet. My mantra that I kept singing to myself all day was “I’m light, I’m light, I’m very very light” … wishing I hadn’t eaten breakfast! 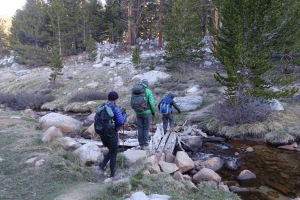 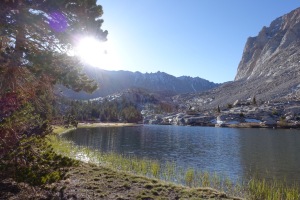 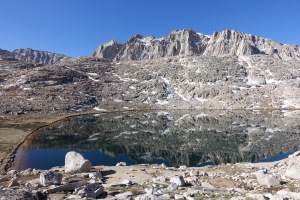 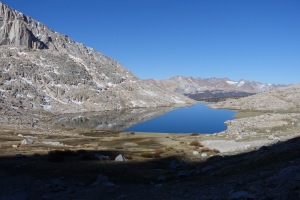 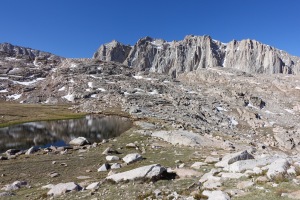 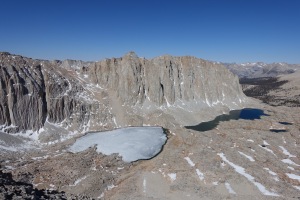 When we started to hit icy patches we put on our microspikes and walked very carefully. At about 12,500 feet I started to get a headache which I attributed to the altitude. We reached the top at 11:30am and it felt like a terrific achievement. Our reward was spectacular 360 degree views, blue skies, sunshine and phone service 🙂 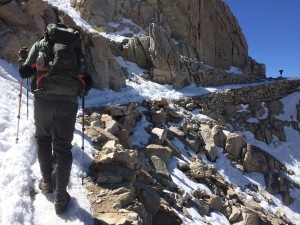 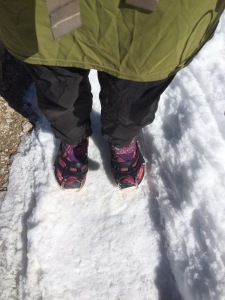 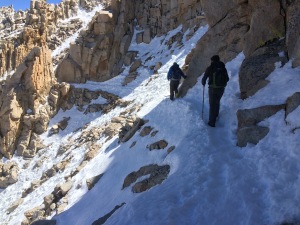 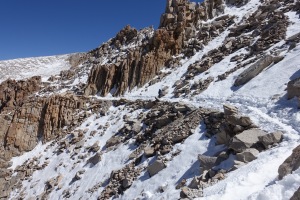 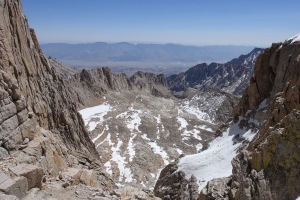 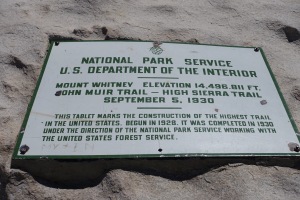 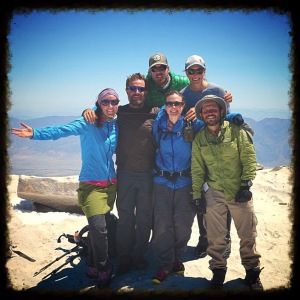 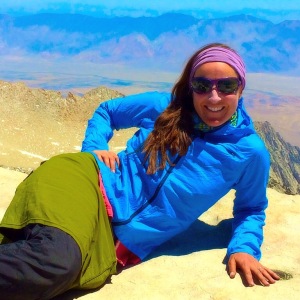 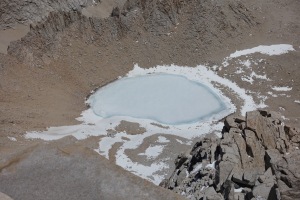 Looking down on a frozen lake 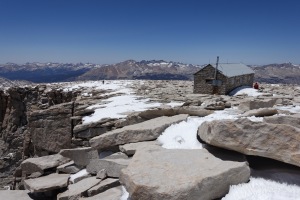 The hut on top of Mt Whitney

We stayed on top until 1pm then took just over 4hrs to descend in slippery, slushy snow. We were all starving on returning to camp so we cooked dinner straight away and discussed tomorrow’s plans (going over Forrester pass, the highest part on the PCT). Lonewolf walked past us and I hadn’t seen him since the RV park back near Scissors Crossing in the first week. He set up camp with us and we caught up then had an early night. 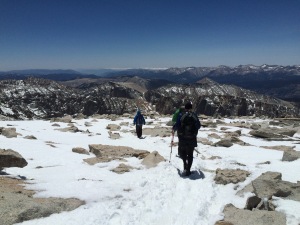 Time to head down 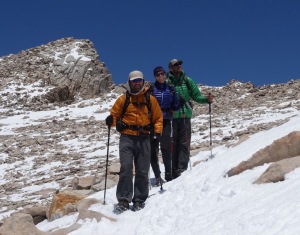 Shepherd and Mr and Mrs Smith 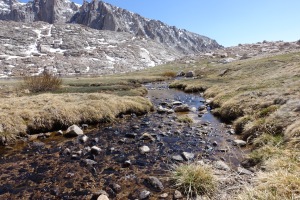 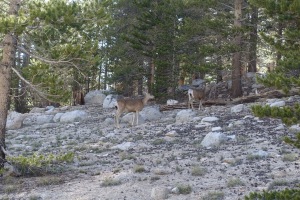 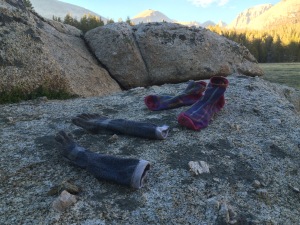 My socks are standing up! 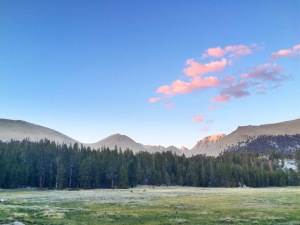 Back at camp at Crabtree Meadow