We were due a sleep-in today, so KC’s alarm was set for a leisurely 6am. I was in the middle of a dream when I heard KC calling out to me from her tent. It was now 7am and I think she was bored of hitting the snooze button! 😉

We packed up and hit the trail again at 7:30. It was cool and overcast… to begin with.

Looking back at Newgale Beach 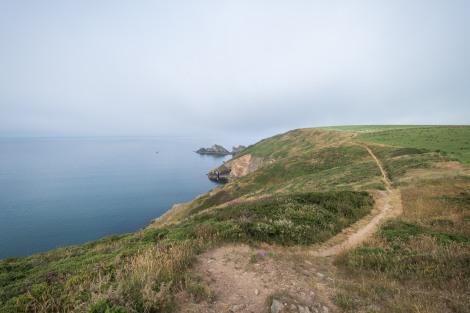 The trail is easy to distinguish on the Pembrokeshire Coast Path 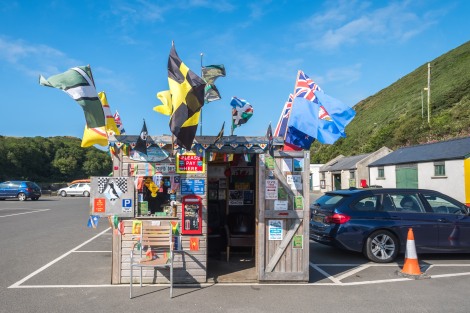 We arrived hungry in Lower Solva at 9:30am, and our hopes and dreams came true when a local directed us to MamGu Welshcakes Cafe. The owners started out making and selling Welshcakes at a market, and they became so popular that they opened this cafe. Neither of us had ever tried Welshcakes before but were enticed by their numerous flavours (and the fact they would last for a few days), so we bought packs of lemon, cherry bakewell and triple chocolate for our remaining 3 days. Breakfast was amazing and although very filling, in the name of research we also shared the ‘crempogs’ (traditional Welsh pancakes). They were great, in fact, this was the best breakfast I’ve had so far. 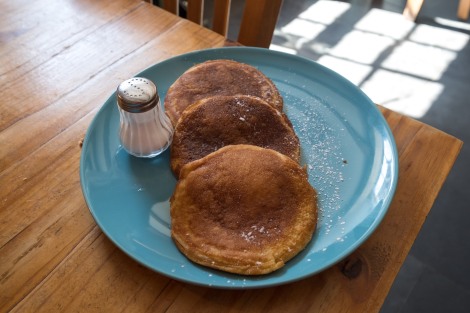 Looking back at Upper Solva (left) and Lower Solva

The sun came out in full force and it was quite a struggle to keep hydrated. We were being burnt to a crisp even with lashings of sunscreen and there was nowhere to escape the sun. 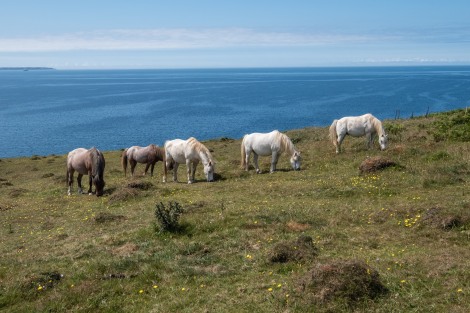 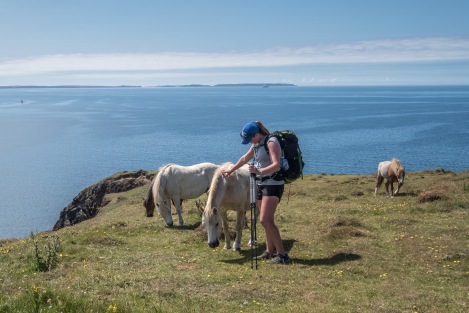 KC and ponies on the Pembrokeshire Coast Path 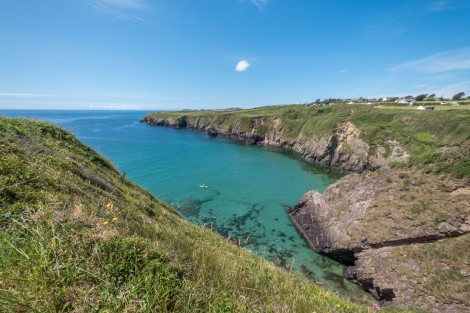 A lone kayak in Caerfai bay

Stumbling upon Porthclais Kiosk was a real treat. We sat in the shade, rehydrated and KC had her fix of Welsh ice cream, while I had a slice of carrot cake. Isn’t this what holiday’s are supposed to be about – ice cream, cake and relaxation?! 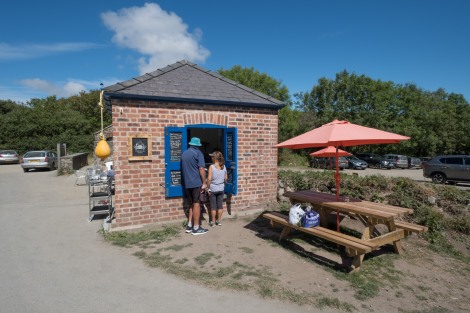 A view of Carreg Fran island

Walking through this gorse really hurt! 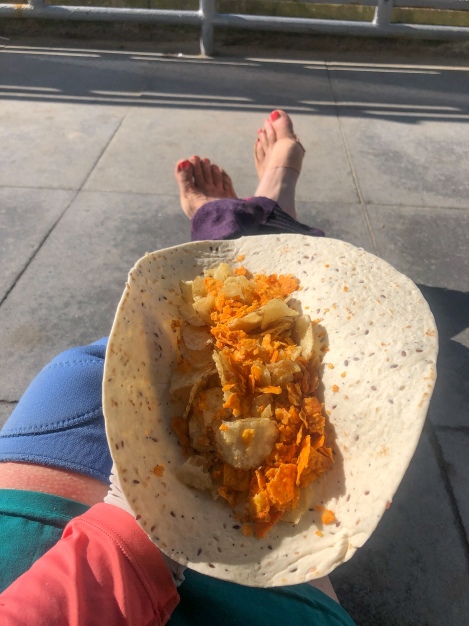 The cafe where we had hoped to have dinner in Whitesands was closed, so this is a tortilla with doritos and crisps!

Taking a break and watching the sunset

It was another wonderful day on the Pembrokeshire Coast Path!