Cost: Camped on the beach, donation

Last night: At first there was just one meteor every 5 or so minutes and we would both scream with delight… We would both fall asleep, then wake up and scream some more as we saw another one (and wake the other up)… I think I was awake all night long! At about 3am I took these photos: 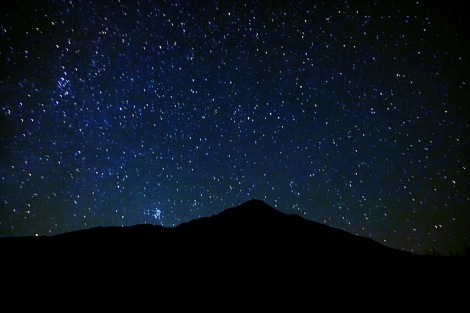 Last night watching the meteor shower was one of the most special nights on the trail so far!

We packed up and after 1.5 miles we came to the Obsidian limited entry area. According to my app ‘Etrails’ “Obsidian is a volcanic glass that is formed as an extrusive igneous rock. It forms from fast cooling lava with minimal crystal growth.” 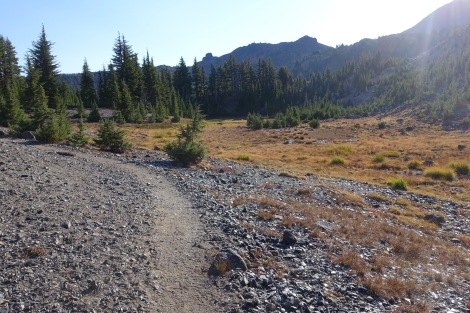 Looking back at middle sister?

The first 10 miles today had incredibly stunning views with the distant mountains and the earthy tones of the volcanic soil and rocks.

The trail winding through the rocky landscape 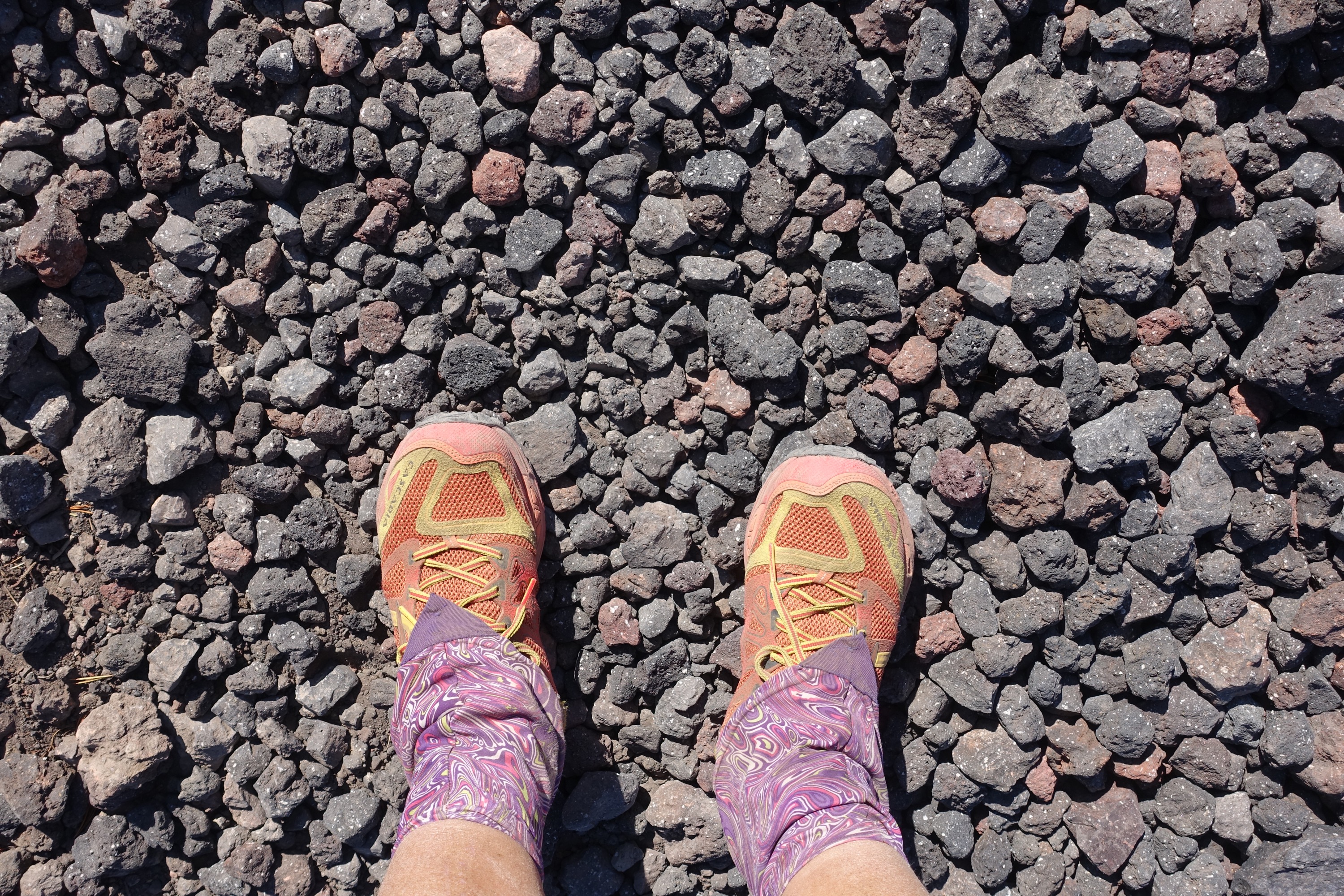 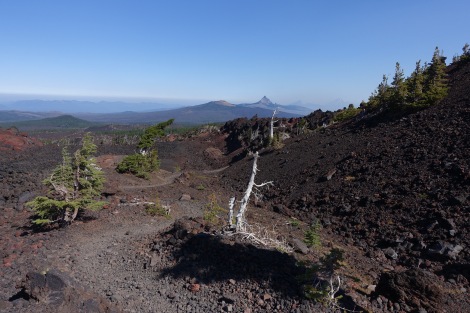 KC and I had stopped to talk to 4 women who were out hiking a section of the trail and as they were just a few hours from being picked up they were offering food, sweets and batteries that they no longer needed – thank you 🙂

While we were talking with the ladies, an elderly man came past and asked if he could give us some trail magic. He told us he always made extra sandwiches to give out to hikers on his day walks and gave us two. It was very heart warming and we stopped a few miles later (unfortunately by a stagnant lake swarming with flies) to eat his delicious sandwiches, thank you!

Unfortunately I was running out of water and this was the last chance to pick up water for the next 12 miles… And it was really hot 😦 I knelt down by the stagnant pond with the flies and bees swarming around me and filled up 2 litres of the brown, smelly water. I told myself I would only drink it if I started hallucinating from dehydration. 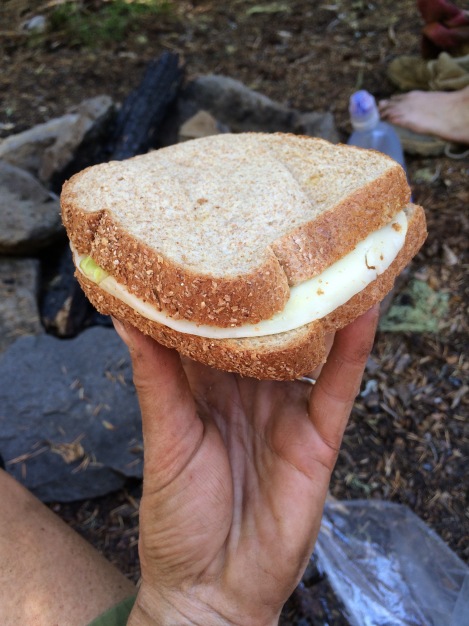 So I really enjoyed the first 10 miles or so of today, until we passed the side trail for the Lava Lake campground. Then things got really difficult, mentally and physically. We hit this: 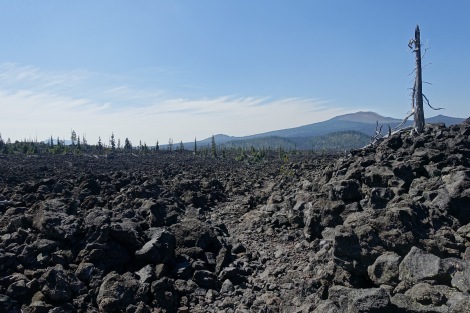 It was so incredibly slow-going. My ankles hurt, my knees hurt and it seemed to last forever. I think it was about 4 miles but it may as well have been 10 miles. I started reminiscing about all the challenging days I’d had so far on the trail – the storm on San Jacinto, being snowed on in the desert, rolling my ankle in the Sierras on day 1 of an 8 day stretch with 8 Sierra passes to cross… This was up there with those days. I kept telling myself to snap out of this mood I’d fallen into and that with each step I took, I was one step closer to the end. “I’ve got this” I kept saying outloud… And hoping desperately that it would end soon. From the lava fields to a burnout area this was my least favourite part of the PCT so far. 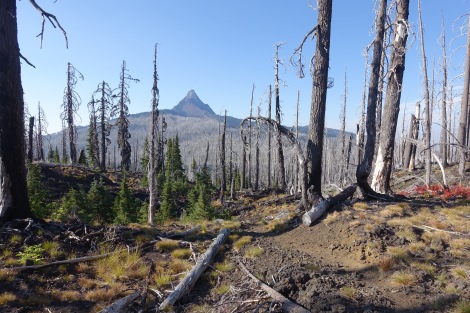 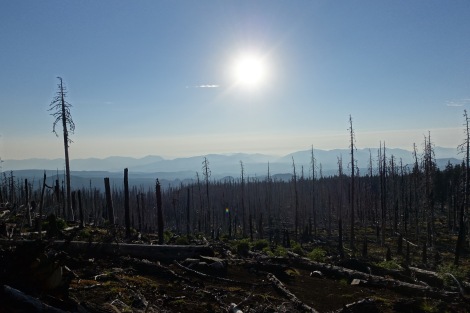 And then we finally arrived at Big Lake Youth Camp, what a wonderful sight.

It was too late to register (it was almost 9pm) but we ran into Humpit and he told us where we needed to go to find a campsite. We followed him along the shores of Big Lake where we came to a beach volleyball court and decided this would do for the night. We decided to cowboy camp on the beach volleyball court right in front of the lake, quickly ate dinner and I fell asleep looking at the stars again.